The Mind of the Retailer

One topic store owners tend to keep within their circles is the issue of theft. Theft, both internal (employee) and external (customers) is so endemic to retail that it's a line item and gets a special name: shrink. Shrink can be as high as your net profits, at least if shrink is on the high end of the range and profits are on the low end of the range. It can average as high as 5% in some stores and still be considered normal, or it can be off the charts and your store can die a brutal death of a thousand cuts. So what is shrink really?

Shrink is a nice way of describing how your inventory is somehow smaller without the requisite cash from sales. It shrunk. No need to throw heavy words like theft or shoplifting out there. We just have shrink. It's caused by three things. In order of least denial to total denial: customers stealing stuff (bastards!) employees making errors in receiving or selling items (no, really?), and downright employee theft (not in my shop!).

In my mind, I always blame the customers for shrink first. It's far easier to accept than my employees are stealing from me or that we're making errors in a big way. It's often a combination of all three. A large part of what we do is attempt to train employees to prevent customer shrink, far more than preventing them from making errors. Sadly, I've let an employee go because they couldn't do this, either because the employee was stealing or because they became an easy mark by not paying attention. I'll give them the benefit of the doubt. Still, firing someone because they're just not very observant is kind of rough and I inevitably blame myself for not being able to train them better.

There's also the more malevolent employee who systematically stole, and at this point I think we can describe some of their activities as embezzlement. It's a time honored tradition in the game trade, embezzlement, but it still sucks when it happens to you. If someone wants to steal from you, they'll find ways to get around your procedure. It will work for a while, but the bottom line doesn't lie, providing you're paying attention. We have increasingly strict procedures for cash management that should show discrepancies. My disgust from this is pretty high, and without giving you a motive, let me just say that in another time and place, a more permanent solution to their character flaws would have been found.

This is all very technical, but what you don't often read about, what is hard to grasp, is what all this theft does to you personally, the store owner. If you had a lot of faith in humanity before you had a store, it's certainly put to the test now. You start looking at why people do these things, you question their motives, their upbringing, their sense of entitlement, and societies lack of caring that you've been harmed. Especially with employees or business partners, you trusted them, treated them fairly, maybe even became friends with them, and now this. My advice is if you're a happy go lucky kind of person and you want to stay that way, keep clear of retail.

Society doesn't much seem to care either. The district attorneys office won't investigate bad checks and the police take an hour to show up even when you have a shoplifter on site. It's very easy to get jaded about this, to feel you're the only one towing the line, that only you can reset the balance in the universe. You can go all Batman on this. Plenty of stores have failed when the owners have stopped towing the line themselves. It's usually a seizure by the board of equalization for not paying collected sales tax, which are honestly, a higher percentage than my net profits. The BOE here in California is an understaffed, government office with arcane practices and stiff penalties that works entirely on the honor system. I wouldn't dare slight them or even mention them in a tone that wasn't hushed if I wasn't meticulous about my own bookkeeping.

So retail hardens your heart a bit. It tests your own morality. It makes you temper your compassion with some fairly laser focused wisdom to see through bullshit. To understand retailers, you need to understand how they share their profits with everyone ripping them off, everyone stealing food from the mouths of their children, the various government agencies that extort cash from them, like the county farm bureau that now collects hundreds of dollars from us for having a point of sale machine.  You have to get this to understand their minds, especially compared to more ... whimsical ... elements of the game trade.

This has been put into sharp contrast lately with my experiences on Google Plus. I now follow a bunch of RPG designers, whereas on Facebook it's mostly store owners. I recently offended someone by describing the rantings of designers as a visit to the Elemental Plane of Bourbon. In other words, the imaginative daily lives of an RPG designer is intensely alien to someone wondering if that kid in the corner just stole a Red Bull, while simultaneously managing a budget in their head of several hundred thousand dollars. It just seems so freakin' trivial and drug induced. The designer rants that is.

Retailers promote a hobby of fantasy and escape, but our businesses are run on some hard scrabble practices. Ever see a store owner that only turns on the lights when a customer walks into his store? Crazy, right? It's that thin a line between success and failure for many retailers. Don't think that guy doesn't know what it costs per minute to have those lights on.

As a retailer, your sense of wonder can be shattered through these practical day to day attempts at not getting eaten alive by the shrink monsters. That's when everything seems like a widget, when employees become overhead, and customers are a necessary evil. Thankfully, we have our fantastic, bourbon inspired games and we don't sell widgets. Widgets have a much higher profit margin on the up side, but games, games provide an escape. Games are a way to recharge the batteries, to experience a sense of the heroic, to add some humor, Games open up spaces in our minds so we can be a little more compassionate to those around us, bringing back some of our faith in humanity. 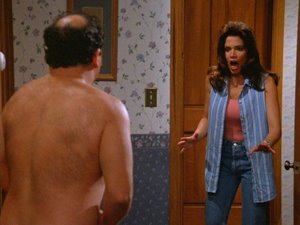