Top Board Games this Fall

So what has been hot this season? It's a combination of some classic games along with some interesting new releases. Here are our best sellers since Summer: 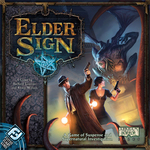 ELDER SIGN: Think of a faster, less expensive Arkham Horror. It's a cooperative dice game for 1-8 players. It's not quite a filler game at 1-2 hours (depending on the number of players), but it's still something you could break out while waiting for friends to show up or your slow server at Denny's. It's our best seller this season.

DREADFLEET is clearly more miniature game than board game, with beautifully detailed plastic sprues that need assembly and painting. It's two players only with tactical rules that fall in complexity somewhere between a typical strategic board game and a more complex miniature game like 40K. You can play a game in an hour and it's suitable for older kids. It's stand alone without any expansions planned. It's not cheap at $115, but you get a lot for your money. 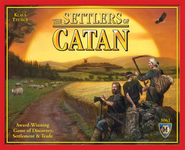 SETTLERS OF CATAN: The big daddy of all Euro board games, Settlers is a perfect game to gift to friends and relatives that have even an inkling of interest in board games. It's a gateway drug to a whole world of card stock enjoyment. It does 2-4 players, 5 with the expansion, and works as a semi-cooperative competitive game where you have to negotiate your way to victory. It's a more modern take on the winner take all classic, Monopoly, and has gained fame over the last year as a game played by Silicon Valley executives. 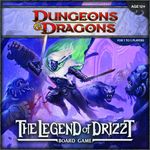 LEGEND OF DRIZZT: Yes, I know you hate Drizzt. Show us on the miniature where the bad drow touched you. Still, it's a good game in the Dungeons & Dragons board game system. "The Geek" still gives it over an 8 on the snooty grognard scale, and that means something. It's cooperative, does 1-5 players, and is a great dungeon crawl alternative to a D&D game if that unreliable player tries to ruin your session again. We grossly over-ordered on this one based on sales of the older game and still have a bunch in stock.

BLOOD BOWL TEAM MANAGER is a card based version of the Games Workshop miniature game based on fantasy armies playing a brutal game of football. The teams vary in strategy, with some more brutal or more likely to cheat than others, and is supposed to last a typical Blood Bowl season from the miniature game. This is another in the line of lighter, "remember when we had time" games that you can whip out with an old gaming buddy while they balance a toddler on one knee.

What else has been popular? In 6th-10th place we have:

6. Bang: The Bullet: The classic Bang card game with (almost) all the expansions in an attractive metal bullet case.
7. Hey! That's My Fish! Fantastic tile game for kids and adults that used to cost a small fortune but has been re-released in a $12 small box. The perfect stocking stuffer.
8. 7 Wonders: The winner of 29 awards, this card development game is perfect for your deeper, strategy gamer. If you like Dominion or Race for the Galaxy, give it a try.
9. Game of Thrones Card Game. The HBO series has brought a lot of people into this game this year. It's got a lot of strategic depth as you play one of the houses of Westeros. The box set is enough to play, but this "living card game" has a huge number of fixed deck expansions, and we regularly have Game of Thrones store events.
10. Star Fluxx. A science fiction version of Fluxx, with ever changing rules and win conditions. It's one of those filler games that's considered a staple of gamer households and is another great stocking stuffer this season.

Others to check out: Walking Dead (by Cryptozoic), Panic Station, Guards! Guards! and the Quarriors Dice Building Game that would have been higher on the list if it had been more available this season.
Posted by Gary Ray at Friday, November 25, 2011