In 2005 I made a small killing in D20 compatible role-playing games. Throughout the country, distributors and stores had cases of dead product. These were Dungeons & Dragons compatible D20 books. Some cases were just a few copies of each, while others were cases of the same product. This was the predecessor to our "ding & dent" sale, where we would buy up dead and damaged games to resell to our customers (and for a while, online).

I would buy D20 stuff literally, for pennies on the dollar, sight unseen. I had missed the D20 glut as a store owner, and hadn't been burdened with all these books bought originally at 40-50 cents on the dollar. This might be hard to believe, but hundreds of these books were released each week for a couple years. So with tubs of D20 books, I happily sold them for a dollar or two a piece, prices at which even a crummy book purchase could be justified if only to cut it up and steal its artwork for your game. Some would never, ever sell, and would be given away or recycled when giving it away had failed.

This destroyed my reverence for books; sad for a gamer and someone in a religious tradition that reveres books tremendously, but somewhat necessary for a new retailer. Now I have a more "circle of life" approach to books and publishing.

To summarize the situation, and believe me, it has been written about extensively, the early D20 era allowed for 30 years of pent up vanity project demand to explode into the game trade. Every guy with a home brew world, new take on druids, or a hankering to write that sex gaming book got their chance. Publishers, new and old, wrote books on incredibly narrow topics, sometimes an entire book on one type of minor monster. There was some amazingly good stuff that still graces my shelves and entire companies that came up during that time thanks to D20, but there was a ton of crap.

There were deadly adventures that had no concept of challenge ratings or appropriate treasure and books of magic items made from fan submissions over the Internet. Quality control was lacking, to say the least. I know because I happily bought it in bulk once the market crashed, making a tidy profit on the same stuff my competitors still had languishing on their shelves at full price, and would continue to allow to languish for a few more years. I mention all this because it reminds me a bit of Kickstarter.

Kickstarter once again allows for the vanity project and the amateur to enter the game trade (it's about 1/3rd amateur when it comes to RPG projects). This time there are even fewer constraints on planning, distribution, and sales. While during the D20 glut, purchasers may have been asleep at the wheel, the gatekeepers for the industry, with Kickstarter, there are no gate keepers other than the customer who must be snowed by a good descriptive video or some text. Rejoice and be merry as the publisher has been liberated from the tyranny of their own trade. They have sloughed off their chains and can now become funded by the customer, with the distributors cut now going to our good friends at Amazon, who have done nothing but help the game trade. What could possibly go wrong?

Kickstarter is an amazing system for sure, but it smells a lot to me like the D20 era of glut, poor quality and questionable business practices. So far I'm personally about 70% satisfied with what I've received from the projects I support. However, where else in your consumer life would 70% be acceptable? What recourse do you have when the product doesn't deliver or the project fails and they take your money? Well, none, and unlike the D20 glut, there aren't cases or shelves of dead product at the end to let you know you've been hosed, either individually or collectively. Kickstarter projects don't grace shelves of stores to remind us of their sins.

So yeah Kickstarer! I support a dozen projects for the store, but with more of a marketing fund, rather than anything resembling my purchasing budget. I still support almost every project that allows for a retailer option, but I'm getting a bit soured. If you support a project, consider it a personal loan to a guy you don't know to make something he probably hasn't fully conceived (stop emailing me and just make it, dammit), using money in advance you can't get back. Figure 70-80% success. I'm not trying to kick Kickstarter in the teeth, but some of what I see wouldn't make it past traditional gate keepers for a reason. 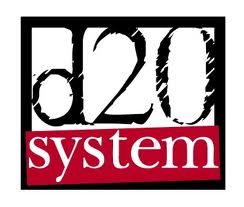