I recall walking out of Flying Colors Comics years ago and turning to a friend and saying, "Yeah, I could run a store, but I don't want to spend my life managing some kid with blue hair." In other words, there was a part of store ownership that I found intimidating, and that was managing people.

Before owning a store, I had management experience, and actually a little bit of training. But that was managing professionals, which in the IT world often meant buying the occasional pizza for late night techs and relaying directives from my bosses. That's because professionals tend to act, well, professional.

I didn't know anything about actual management, something that became apparent when I had to deal with employees in my store with personal problems, who couldn't show up on time, who stole, who were poisonous, and all the range of human experience. Or more importantly, mentoring them to perform better and move up to a higher level. There was no HR department to consult, but I managed to muddle through, often with the phrase in the back of my mind, "Don't make me be the manager."

Today I learned from my manager Michael how he handles my project directives. If I ask for something once, I'm brainstorming and he makes a note but doesn't do anything, but if I ask for something twice, then it's clear I actually want it done. This is because of a couple factors. First, Michael has been tasked to be fiscally conservative, which he is very serious about. He has a company credit card and purchasing authority, so I trust him. Second, because I manage on more of a consensus basis, he knows the mission of the company and the direction it's headed and has a role in that.

He keeps me in check with the former and verifies what I want matches the mission with the latter. He'll often ask, "Are you sure you want to be the store with X?" "X" might be a stripper pole, a binder of Yugioh cards or a TV lounge, all of which he knows I don't really want. For this triage method of sorting directives, I thank him.

Now, I've worked under a variety of bosses, too many to be honest, based on my ronin IT background of job hopping (that's where the money was at). I've seen drill instructor bosses that expected their every command to be immediately granted. I've even been in Zen centers or Japanese martial arts studios where when the master so much as expressed interest in something, it was treated like a life or death directive. "Ahh, I do like the flavor of Jasmine tea" meant go right now and get the master some goddamn tea. In my last job I was completely ignored for six months, during which time I built a game store. As an employee, I don't care, I try to figure out what to do regardless, because I'm a professional.

However, how am I as a manager? As a manager, I'm reluctant and don't really want to manage at all, but see it necessary for where I want to be in my business. I've got five employees and need them all. So for me, it's about getting the staff on the same page, getting a ton of input, especially since they run the "real" store, the one with the events, followed by careful deliberation, a clear decision, and never, ever looking back (it's a hippy interpretation of Confucius).

The only thing I have to show for my method is that the store is doing well, employees are happy, and stuff gets done. So it works for me. My point then is not to be intimidated by the kid with blue hair. Or it might be something else, like accounting, technology, purchasing or even sales. Find what works for you to overcome the challenge and don't feel like there's one right way to do what needs to be done. Delegate if you must. This is small business. You're the man. Do it your way. 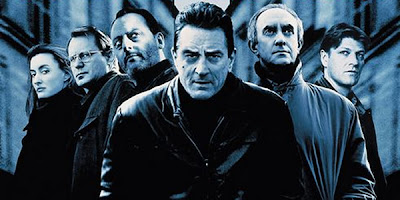