No gaming here this morning, move along...

I have a master's degree in "what's the purpose of it all," so I tend not to have those flailing, rambling, 3am drunken discussions about the meaning of life. I paid good money to discuss it in the daytime while caffeinated, and I have gigantic student loan payments to prove it. It's like I have a small subprocessor in my brain that handles those existential questions as they arise, unless it's crisis time and all bets are off. I'm not wise, just trained. Still, sometimes it's interesting to look at something like a blog and wonder what the deal is. What's the purpose? What am I really trying to tell you and how do my intentions allow me to do so?

I was reading an article last night in Harpers. I'll tell you up front that I don't like Harpers, even though they published an article I wrote in the 90's, but my wife cleaned house and I can't find my latest Economist. Harpers is not only too lefty for me, but it's got a narrative style that drags on without providing a lot of useful content. I want information so I can provide the world content; I don't need both. I wrote the article back then under a pen name, the name of my Top Secret character, so you won't find me through Google. I'm not an intellectual, I just want to know what the heck is going on in the world, thus The Economist is my mag.

So I was reading a much too long article about the journals of Arthur Schlessinger (yawn), probably because of too much afternoon coffee, when I started wondering what the purpose of a blog actually was. It's not exactly like a letter. A letter is definitely a document you write to someone that expresses what you want them to know. Letters are like emails, once you send them, they belong to the owner, so letter writers generally know not to reveal too much. The difference is a letter is almost always a reveal to one person, so you can write about the others in your life semi-candidly.

Journals and diaries are private, but the intent of the diarist is important. If the author was famous, like Schlesinger, they probably expected their diary to become published, as opposed to someone like Anne Frank, who hid her diaries in the wall and never wanted anyone to read them. The more private the diary, the theory goes, the more honesty you get. In the case of a famous person like Schlesinger, who intended his journals to be published, the best you can do is read between the lines for nuggets of unintended insight. Anne Frank is required in-school reading, on the other hand. Insight is rampant.

So my theory is that the more readers you believe you will have, the larger your intended audience, the more nuggets of meaning you have to dig for. Perhaps it's an inverse chart of nuggets to readers. The more readers you have, the more public you become, the less likely you are to reveal. When it comes to blogs, the early bloggers were unclear on this. Many were writing their blogs as diaries when they should have been thinking them more as letters, available to the world. That gave you some of those early blog unintended nuggets that caused the authors embarrassment. You wondered what they were thinking to reveal so much.

My own purposes for my blog were kind of a "day in the life" of a game store project. There aren't a lot of personal reveals, but someone who cares, my parents for example, might be digging for nuggets. What I've learned is that some reveals, some personal expression is desirable. The main concern is that you'll scare off customers or look unprofessional, but honestly, is the reader caring about that if they're reading a blog by their local game store owner? Do you want a press release, or do you want occasional insight into what makes them tick? Those who do want a more personal relationship can empathize with the day to day travails of this kind of life, even if I don't express them. For example, I might not mention how I feel about being robbed, but you can certainly imagine. 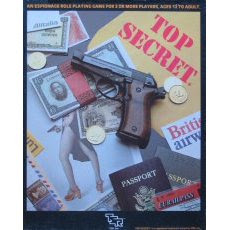