I was reluctant to do it, but I ordered a closed circuit TV system today, complete with digital video recorder. I would have much rather added a new product line, or embarked on one of our other projects we had planned, like the POS system upgrade, but the level of theft at the new store is remarkably high. It's depressing and demoralizing and I need it to stop now.

There are a couple of reasons for the increased theft. First, we've moved from a low crime area to an average crime area, as it's tracked nationally. Second, we've gone from a 1,000 sqft store to a 3,300 sqft store, but haven't added an additional employee. This means we have the same employee coverage over three times the space with more likely incidents of theft. It's just too much, yet we can't afford additional employee coverage yet. I'm angry enough to beat a shoplifter to death with the new 40K rulebook, so it's probably time for an alternate solution before I make a mess.

Cameras are not the answer to all my shrinkage problems, but I'm hoping they act as a deterrent, and since I bought a decent enough system, the camera resolution should be capable of identifying suspects for the police, although they'll only care if there's a more serious crime. I would like nothing more than to go over how cool the system is, but security is one area of technology I don't discuss. 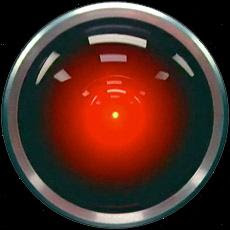