It didn't take long after the closing of the last local game store before we started being treated like the big bad meanie, the Cobra Kai dojo of game stores. At least it feels that way. Our inventory and prices were scrutinized, our staff professionalism questioned, and the problem customers of the area came in droves to test our kung fu.

I have to admit I felt a certain leverage, as if certain games could potentially survive or blow away based on our support. However, there's also that annoying sense of responsibility, as if granny will suffer if bridge score pads are not on our shelves. For us it's about opportunity and risk, not responsibility and support.

Where we need to re-focus is on finding a new competitor, someone bigger. My wife had this Guy Kawasaki book lying around called How to Drive Your Competition Crazy. I scanned it a bit, and the first rule was to pick a much larger competitor. Being a thorn in the side of the big bad meanie competitor is cool and chic, like Macintosh making IBM users look like 1984 drones. Doing the same thing to a smaller competitor is bullying. It's much easier to be the underdog. Americans like underdogs and it provides ready motivation to succeed. But where to aim when you envision yourself on top?

Regional competition is definitely not something I envision as the next step. Yes, we compete regionally already. People drive long distances to our store, just like they drive from here to other very good regional competitors. Our goal is to retain those people as much as possible, but it's folly to believe we're competing directly with these other stores for the majority of customers. We could spend a lot of money advertising to attract regional customers, and some of my regional competitors do that (a mistake, I think). I believe our competition is more nebulous, the Internet, big box stores and the various stores that take a small slice of our pie.

If you were to divide up our product mix pie and assign competitors, you wouldn't find a direct competitor, but you would find a bunch of smaller ones, each taking a bite out of the pie. Each of these stores have other core competencies, but sell one of our product areas as a sideline or minor part of their business (we do the same). The GW store sells Games Workshop, and much better than us, no doubt. The comic book store sells Heroclix much more sucessfully than us. How could they not be sucessful with a game based on their core competency?

Target seems to own Yu-Gi-Oh among the small kids. Barnes & Noble sells a ton of RPG books. Various card shops still exist, mostly sports cards places, and they sell Magic and whatever's profitable this month. These stores aren't IBM sized monolothic corporations, but they're probably our most direct competitors. The strategy is probably more subtle. We instead need to figure out how to do what we already do, but better. It doesn't make us less Cobra Kai, however. I wonder what Guy would say. 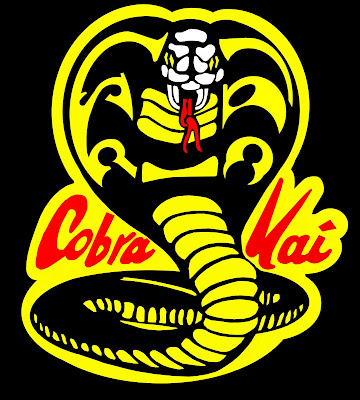