Friday Night at the Store

A lot of game store owners will tell you: if they knew what they needed to do to be successful before they opened their store, they wouldn't have opened it. I'm kind of in that category, but most things I've done in life requiring hard work, well beyond my initial expectations, have been that way. There are always things you would rather not do, especially those you never planned on. The need for events and their planning is one of those for me. It's one of the jobs that I delegate as much as possible.

Part of this is that I can choose to either work the business side of things, working during the day, or staying late at night for events. The first couple of years I was open, I did both, but for some life balance, I chose the obvious, nine to five, business side. Part of my decision is I'm not a big fan of crowds. I'm kind of an introvert, defined as someone who feels large groups of people reduce their energy rather than increase it. So a large event like Friday Night Magic is something to sneak out of, rather than attend.

This Friday was different, as Usi was schooling me in 40K, literally and figuratively. We started at 3:30, to avoid the crowds, but we didn't finish until 7:30, well into FNM territory. FNM (Friday Night Magic) has a bit of sub-culture going, which was interesting to watch. One guy showed up with a garbage bag full of food, spoils of his job, shared with the crowd. Various groups broke up and played either the organized FNM plan or friendly side games, complete with obscure acronyms and terminology that I wouldn't have known a few years ago. The crowd owned the game center, for the most part. Nobody else was there except Usi and myself. It was interesting watching this controlled chaos, from the well run "official" event coordination to the eddies of chaos that comprised the side games. It was kind of exciting.

Some of the younger kids wandered over to ogle at our 40K models. Gamers may not play all games, but there's gamer cred in knowing about the other games. Basic army identification and tactical analysis are part of all gamers bag of skills. Thes kids enjoyed a little armchair analysis, including the fact that Usi seemed to have many more models left on the table than I did. It's hard not to be condescending when you're getting your butt handed to you. These situations always requires some teaching of gaming etiquette, the most important being you don't touch other peoples models without permission. I would post a sign if I thought people would read it.

As for my game with Usi, it was mostly to better familiarize myself with the rules. 40K is as complex as Dungeons & Dragons, which is why I like it, but unlike D&D, it seems you need to learn the rules in play. They seem like harder rules, while D&D has softer rules. Maybe 40K is more spatially oriented; not my best attribute. Then again, how many people can adquately describe every instance of an attack of opportunity in D&D (besides Allen). Anyway, it's harder for me to grasp, so I'm practicing.

At this point I'm also learning to properly use my army. There are army choices I made because they were statistically good, yet they're only useful when properly deployed. Rough riders, for example, require the skill to charge without being counter-charged, and they need to bring the right stuff when they arrive. I've yet to use them properly, and my inclination is to switch them out for flame tanks, which I would do if they weren't so darn pretty. If they hadn't been painted already (and I really hated painting them), I would drop them, but I think they're owed a competent commander before I start placing blame on the troops. 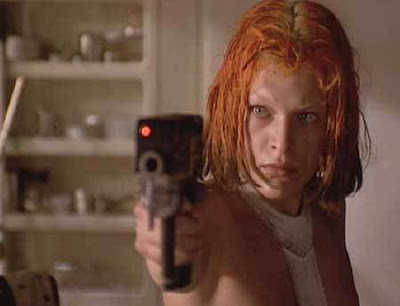 Rule #1 about touching other people's models: Senno Ekto Gamat
(Never without my permission)
Posted by Gary Ray at Saturday, August 30, 2008