Early on, when there were something like five readers for my blog, you could read about whatever came to mind and it wasn't all about display cases and business analysis. One of my favorite distraction, back in the day when I had a reasonably good income, was cars. I wrote about my car history in 2007 and in 2008 I wrote about my excitement about diesels coming back to the US. 2009 seemed like too austere a year to write about such a trivial topic, but hey, it's mid 2010, the economy won't fail tomorrow, and I just started saving for my next car. Sure, that's 100,000 miles and six years away, but a guy can dream, right? So just let me get this out of my system for 2010 and we can get back to the exciting stuff.
I am 42 years old. Despite what my employees might think, I neither feel particularly old nor am I likely to keel over dead from old age at any moment. Nevertheless, I've been lusting after a Buick. Let me back up a moment and tell you what I want from a car. I've had fast, luxurious, and even some legitimate up market rides. What I want is a good looking car, with reasonable performance, with exceptional gas mileage (about 35 MPG). It has to have a stick shift, I would prefer a wagon, and it must not lower my testosterone (sorry Subaru and Volvo). I actually have a kill order out on myself if I'm caught driving a Volvo. It also can't bankrupt me with maintenance and repairs, which eliminates the obvious Euro choices, especially Audi and my old favorite, BMW. No $1000 brake jobs or $150 oil changes.


I really want a diesel, but the US market has yet to fully embrace the Euro centric diesel paradigm. We've got little Volkswagens and expensive Mercedes, but reasonable diesel cars, those that can perform well, yet get excellent gas mileage, while not sacrificing on space, are just not available. Current diesels are a cultural oddity for the granola crowd and the wealthy who want to make a statement. There are many cars in Europe that would be awesome here, if only Americans would embrace them. So with diesels a non-starter, so to speak, the turbo four cylinder seems to be a good deal. Great gas mileage and performance on demand. That brings us back to the Buick. 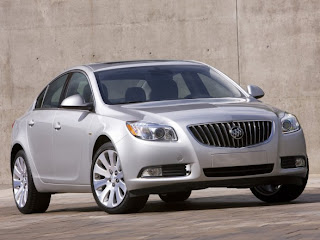 The new Regal is made in Germany (for now), has a turbo four with good performance and gas mileage, and has European tuned suspension, just how I like it. A wagon is rumored to be coming in a few years. It's got an upmarket interior and looks pretty good. It's by GM, which is the kiss of death, but they did pay back their loan and early. So I went to my local Buick dealer (this already sounds wrong) a couple days ago and checked it out. They let me into the detail shop, as their first Regal wasn't ready yet. I needed to align my car lust with reality.
And? Disappointing. The exterior styling looks good in photos, but it's bulbous and overly muscular in person. Part of that is the new European pedestrian regulations that require the hood to be a cow catcher. The interior is too busy and the leather is that typical grainy GM stuff that looks like a catchers mitt, with different colored stitching that makes me cringe. I had hoped maybe that was a by product of American cows. The sticker price is approaching $30k, thanks to a lot of overly technical gadgets that do nothing to make the car drive better, like blind spot detection and BMWesque dynamic suspension. The fact that GM is number 15 in reliability made it fall apart for me.
So my holy grail remains a powerful diesel, shoe-horned into a sport wagon with great styling and handling, with a manual transmission. It has to have reasonable reliability and maintenance expenses. Who will ever make one of those? Oh yeah, it's the latest model of the same car I drive now, but only available in Europe. A Mazda 6 Sportwagon with a powerful diesel. And a manual transmission. So it looks like I'll be waiting for the American market to catch up. Think they can do it in six years? $4/gallon gas says yes. 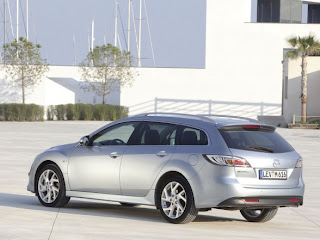