Congress is trying to pass a bill that would limit interchange rates that banks charge retailers. This might sound like an esoteric topic that doesn't apply to you, and in fact the head of the California Bankers Association believes it has no consumer benefit, but it effects everyone.

Here's how it works: The banks have a stranglehold on providing credit card and debit card processing to retailers. Every year they raise the rates, often telling retailers that they're now paying more as a convenience to themselves. Yes, that's right. Your fees as a retailer go up for your own good. This usually relates to paying for all those frequent flyer miles and other benefits, but mostly it's because they can. They have a monopoly on processing. One company, First Data, processes 75% of all transactions and who hasn't heard of Visa and Mastercard? The banks don't pay for all the marketing they provide to encourage people to use their cards (we would prefer they use cash!), retailers do. The only option is to not accept credit cards, which is not much of an option.

The banks are right that we'll make more money by accepting cards, but when retail profits are between 5-8% or so, is it reasonable that credit card processors make 2-3%? They're like one third partners in our businesses, when really their level of service is negligible. I've never accepted a bad credit card, never had fraud problems of any kind, and have had to call my processor once in six years.

The California Banker's Association believes limiting interchange rates has no consumer benefit, but what do you think retailers do as their costs rise? They raise prices. Personally, I see it as a class issue. Shareholders see increased banking profits as the masses pay high prices just to get by. Gas, food, clothing all get more expensive while banks profit and their stock prices rise. It was estimated that the average family was passed on $478 in interchange fees in 2008.

Also, not all businesses can pass those costs along. Game stores and book stores are retail endangered species, constrained by MSRP from passing along costs. If a book has a cover price of $24.95 and I want to charge 1% more to cover my new interchange fees, my customers will flee when they see $25.50 on the price tag. So these businesses fade away and we get the homogenized big box stores taking their place with limited options for mass consumption. The world becomes a lesser place as we have more money to spend on increasingly retarded products. 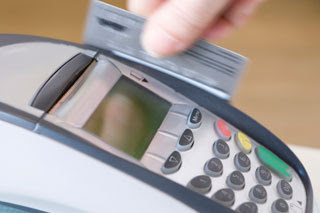