Return of the Muggles

Unlike your average game store owner, I worry about cleanliness and lighting, contemplate just the right music and volume settings, and generally stock my store in a "cradle to grave" fashion that places the scarier stuff farther back and the ponies and butterflies up front. I very much want the general public to visit my store (AKA muggles*), as opposed to creating intentional or subconscious cues that drive them away. I'm a bit like a stay at home parent surrounded by children all day long. I want, no I need, adult company after a while, especially during the Summer when I'm babysitting the local kids. That's why it's my pleasure to announce that the muggles are back.

The recession devastated many retailers, and anything that we sold that attracted the general public, suffered as well. Toys, classic games, puzzles, all performed wretchedly over the last couple of years. The store in general prospered during this time, but it was due to our core hobbyists and rapid growth and almost nothing to do with "muggle" customers. Unemployment is at 11% in Contra Costa County, with a more accurate rate of probably twice that, so I don't want to pretend everything is back to normal. That said, we've got a baseline normal that people have accepted. Check the origin of the word SNAFU to catch my drift.

Nevertheless, this new baseline normal is seeing regular folks returning to our store. They are frugal, carefully target their purchases and are likely to ask a lot of questions. Most shy away from our high end items, but seem to appreciate their presence. Many say they'll come back later in the year for that perfect gift. Our jigsaw puzzle clientele is slowly growing, especially since we've expanded our Ravensburger and Pomegranate lines. Classic games do well too with a fuller range of products, from the super cheap games from Pressman to the super high end by Alex Cramer.

Overall, we're doing pretty well. This June is dramatically better than last June, which was a basket case. Our store plans extend out to years now, instead of wearing survival blinders that had us planning weeks or months ahead. We now talk about grandiose plans, like large product expansions, constructing bigger spaces, buying buildings, and adding or buying additional stores. Few of these things will happen, some give my bad dreams, but there's a sense of optimism just thinking about them. We're learning to navigate the snafu. 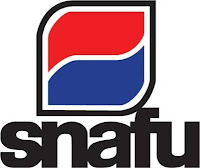 * Muggle: "Generally speaking, it is used by members of a group to describe those outside the group, comparable to "civilian" as used by military personnel." - Wikipedia
Posted by Gary Ray at Wednesday, June 16, 2010