The underlying premise of many of my projects is that I'm eating my own dog food. If you click on the link, Wikipedia gives the example of a company developing their own email system and forcing the employees to use the less than fully functional in-house system. I found that amusing because I worked as an IT manager for a dot-com company called Bluetrain that was developing an early web based email system. All the employees were using Outlook, because it worked. The in-house system could be down for days at a time, and few dot-com employees, overworked and underpaid, could afford to be without something as crucual as email. In the classic example of eating our own dog food, the CEO made me remove all the employes Outlook, forcing them to use their horribly buggy in-house software. I thought he was a mad man, but I see his point now.

Generally, if there's a product that I sell, that meets my needs, I'll tend to use it, even if another one might be slightly more "optimized" for my use. This gives me experience with my own products and exposes my customers to them at the same time. If a product truly stinks, I won't use it and I'll try my best to get that a better product in the store. That's how Testors arrived. I go way out of my way to bring it in, because I really like Dullcoat varnish. Likewise, I'll use a slightly less optimized product, like the GW spray gun, versus a more sophisticated compressor setup. Based on my volume of painting, a compressor probably makes sense, but the GW gun does a fine job and I sell that. I don't sell compressors.

This is also the premise that drives me forward with new games, why I'm an early adopter of many games and why I have an almost religious disdain for electronic games. It's not that I don't like them, or I haven't played them (I played Warcraft when it was called Warcraft), it's that I view them as a dangerous distraction and nothing to do with my daily life or business. In general, I regret my time with video games, but I can't recall a model I've painted or a D&D session that was truly useless. D&D in my book is like pizza; when it's good, it's great. When it's bad, it's still pretty good. 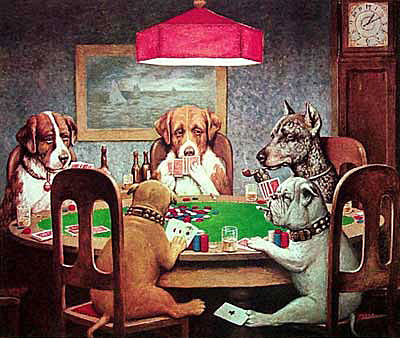