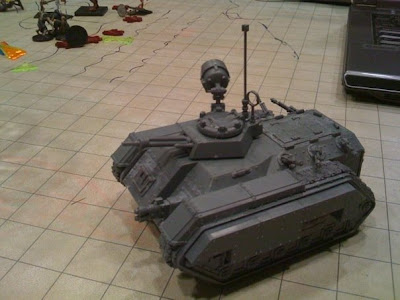 Having 3,000 points of Imperial Guard didn't mean I could get away with not buying anything with the IG codex release. It started today with two shiny new chimeras for use as command vehicles for my officers. That sounds much more exciting than the three hours I spent with gray plastic and glue fumes. There's still a sense of excitement and accomplishment, even though it was the ninth chimera chasis I've assembled. Can you believe I got the tracks to fit perfectly on an assembly? What are the odds? Apparently it's 1 in 18.

I found it odd that the cool new options in the codex, the astropath, officer of the fleet and master of ordinance would be relegated to direct services (special order) for this weeks release. They're new. They're exciting. So why not release them through regular channels? We'll be getting a couple packs for the store, but there's no guarantee of a delivery time. Worse, all three come together in one blister pack. It's unlikely you would pick all three for your army. I personally need two of the three, and that's probably one more than most players will need.

I've got similar problems with the metal Tallarn models I ordered. I needed one officer (it comes in a two pack) and I needed three meltagunners (they come in a two pack with a grenade launcher -- a model that now flows freely from my various orifices). Grenade launcher models are like tribbles if you're a Tallarn player who doesn't use them. It's like they reproduce while I'm sleeping. 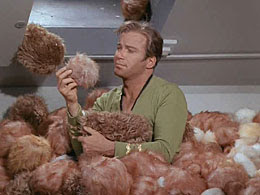