I laid out my army today to make sure I was finished before showing up to play. It turns out I'm three men short, unless I want to substitute models. Although I had six squads using the old codex, the removal of so many las cannons and plasma gunners has put me short of the correct models.

Laying out everything also makes you think differently about your army. Things can seem out of place. For example, the two las cannons seem wrong in a troop selection designed to stop infantry.

You also notice painting inconsistencies. My Forge World snipers were added to the army, so I should probably paint their bases to match. One sergeant used to be a veteran (black head scarf) but is now a standard guy (white). A bunch of gun barrels need to have their muzzles painted. 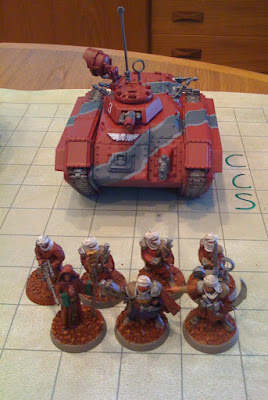 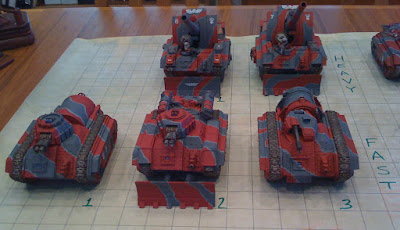 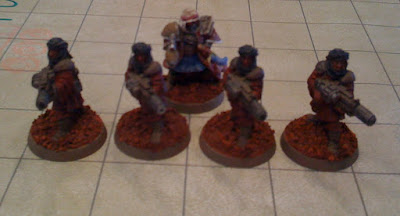 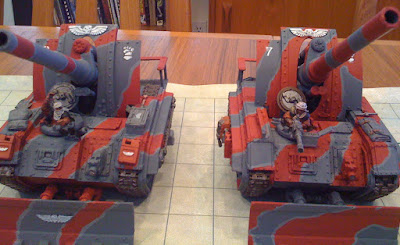 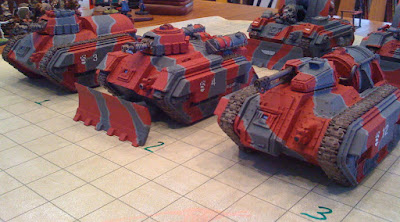