I played my eighth 40K game on Wednesday, a 1500 point epic battle between my IG Tallarn Raiders and Michael's IG Penal Legion. I'm still learning the game, and combined with two "horde" armies, the game took four hours. In the end, the desert raiders got lucky and pulled off a victory. In reality, they were in an unwinnable position, a last squad holding an objective while the penal legion's Leman Russ Punisher blasted them repeatedly with Gatling and plasma cannons.

Playing that game and reading an excellent guard review on Dakka Dakka had my mind whirling about all the possibilities (If you want a formal review, read the article). The most shocking revelation was that the command squads were no longer tied up with their bubble of leadership. This is the Dungeons & Dragons equivalent of telling the cleric player that he's no longer a medic (a 4th Edition feature). So what do the Company Command Squad and Platoon Command Squads do? Besides orders, which I think are overrated, whatever they want! (you have to use lots of explanation points now, when discussing the guard)

One of the best uses of these squads are as special weapons platform. For example, an excellent CCS option is to give them a chimera and melta guns and set them loose as an anti-tank squad. This is what I would have liked the sentinels to be, a quick, lightly armored anti-tank unit, similar to the M18 Hellcat of WWII. I'm once again falling back on my Flames of War Army Rangers ideas, but hey, they won a war, right? Unfortunately, I think the sentinels are too fragile, too under-gunned and too expensive. The Platoon Command Squad will likely want to stay a bit closer to the troops as support, but they're ideally suited for short range special weapons, such as four flamers, or again, four melta guns to fight off tanks.

What's the significance of this? It means men, as in static line squads, are not essential. You can still have them, and the las-plas classic combo is still a valid option, but you can have fewer men, and what they do is far more dynamic than before. It also means the weapons combos aren't as critical, or even necessary, and they have new usefulness as well. Every squad no longer needs to have a heavy weapon. The choice of weapon is important, but not a game breaker. The primary value of men is to hold objectives. Add in special characters, and sometimes platoon differences can be extremely diverse.

That diversity is enabled by a wider array of vehicles that better perform the job of men. The new Manticore is a tank killer. The Hydra's twin-linked autocannon should chew up infantry pretty well. The template placement of the Hellhound allows them to flame infantry at a farther distance away, making them more survivable. Like the Travelocity commercial, men are now free to roam about the battlefield.

The possibilities are near endless, something that I found lacking in the previous codex. That feeling of infinite possibilities is what keeps me enthused about a game. It also doesn't hurt sales. I drove out to the store last night to pick up one more chimera, now a cheap choice as a mobile gun platform. The Valkyrie is undeniably a winner as well: powerful, cheap, and versatile, although I can't get my head around it's enormous size and it's mainstream flavor. I say that now, but whose to say I don't drive out to the store tonight and buy one? Or three? 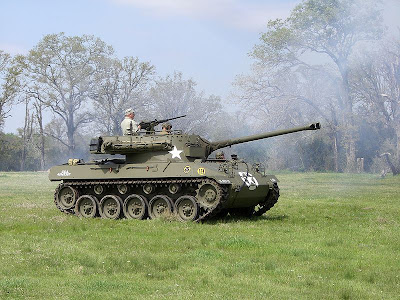 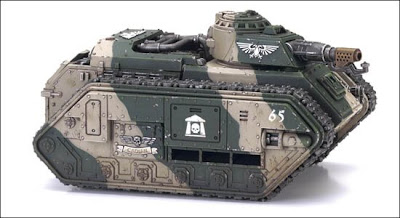