Auction. The auction is this Sunday and the list of items was sent to our mailing list. You can view it in the email archives (link on the right). Additional "surprise" items from the showroom will also be on sale Sunday.

Warmachine League. Starts this Sunday, after the auction (4ish). It's not the best time to start a new league, following the auction, but it's the slot we've got. We'll be open late on Sunday, which leads is to....

Sunday Hours. We're experimenting again with staying open late on Sundays. Consider this a seasonal adjustment until we figure out if we want to make this a permanent change. The current plan is to have flexible hours on Sunday night, closing at 10pm if it's busy, or earlier, around 8ish, if it's not. Use it or lose it.

D&D 3.5 is Back Several customers have taken us up on our D&D buyback offer and we're well stocked now on 3.5. We're still looking for more, but if you want to fill out your collection, come see what we have. Prices for these are now at the "collectible" level. Some books are as little as $12, while others go as high as $40.

I did this for a few reasons: I no longer feel it's necessary to "bang the drum" for 4E. It's real, it's here, it's what most people play. Also, I think the recession may be holding people back from upgrading to 4E. How do I want to respond to that? I'm a merchant after all. The "long tail" will have people playing 3.5 for many years to come. Used D&D second edition stuff still outsells many of our current role-playing games. Why turn my back on such a popular game?

D&D RPGA Expansion. We're adding an additional "pod" for our Thursday night RPGA group, meaning we'll be able to run one additional game. RPGA at our store has been ridiculously successful, thanks mostly to the work of John Jones and our RPGA volunteers. It has been crowded enough to require a reservation via Warhorn. Hopefully this will ease the pressure. If you've been wanting to try out the new D&D, bring a 1st level character on Thursdays at 6pm. Also, we'll have another D&D special sale this Thursday. Show up to find out what it is.

40K League Night. There's still room for more players in our 40K campaign. It's a staff run event on Wednesday nights starting at 6pm. Imperial Guard is the army to beat. 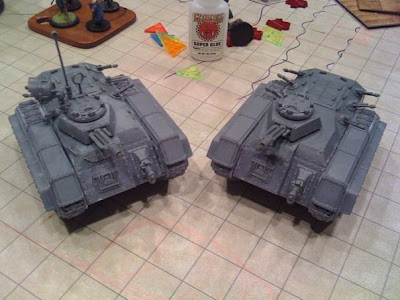