We've seen Magic online and the Bella Sara game as an online component, but over the next few weeks we'll see the launch of several highly sophisticated card games that are designed primarily to work online, or in the case of Maplestory, as a console game.
The first is Chaotic, which was delayed five months while they worked on getting their servers to appropriately handle the expected load. Chaotic is based on the Chaotic TV series and comes from the same guys who license the Yu-Gi-Oh and Teenage Mutant Ninja Turtles TV series in the US. Every chaotic card has a unique code on it, even if the face of the card is identical. The game is played face-to-face or online for free. The game was designed from scratch to play online, rather than being tacked on after the fact. The hobby trade gets the game for 90 days before mass market. Will Chaotic overcome a 5-month delay?

Maplestory is called an "iCCG" by Wizards of the Coast. It's also designed to be played online but in a massive multi-player online game format. You can play a Warrior, Magician, Bowman or Thief. The codes in each pack will work a lot like the WoW CCG, unlocking special items, like pets, quests and artifacts. Their company objective is to turn MMORPG's into a mainstream pastime. All I can say is it should improve the Bay Area's traffic problem if they're successful. Maplestory is released in two weeks on 11/6.

Eye of Judgement can be played with a PS3 and their "Eyetoy" accessory, or as a stand alone CCG. Like the others, cards can be used to represent electronic elements in the game. Exactly what is hard to know, as there's little information about the game. This one will likely be competing strongly with EBgames and the mass market. Wizards' announcement that they missed the street date and won't ship until next week makes me concerned that mass is likely to get it first. 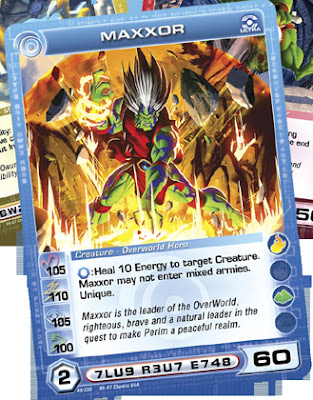 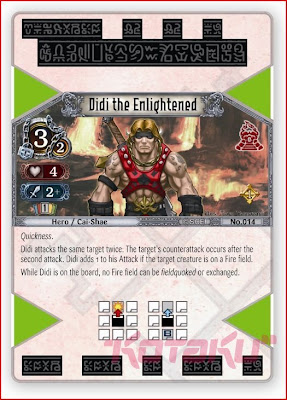 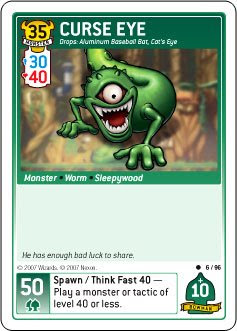