Up here in Northern California, we're mostly unaffected by the fires in the South. Even the vast amount of ash is blowing west, out to sea (we got a lot of Mount Saint Helen ash back in the day). There were shipping delays to Northern California from at least one distributor. Their Central California UPS hub was in an area affected by the fires. There were large blocks of zip codes that UPS simply wouldn't deliver to. The latest Yu-Gi-Oh release was apparently delayed as well.

Most of my family and many of my friends live in the South. Besides the billion dollars of damages in San Diego County alone, fires rage in Orange County and surrounding areas. Wind damage was also substantial, besides driving the fires. My parents, for example, lost a fence and a storage shed, due to the 90 mile per hour winds. Below is a photo my brother took from my sister's house in south Orange County. My sister had her car packed in the driveway waiting for an evacuation order. She got lucky and it never came. 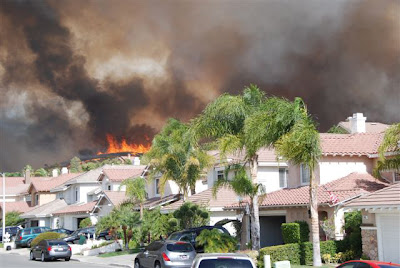 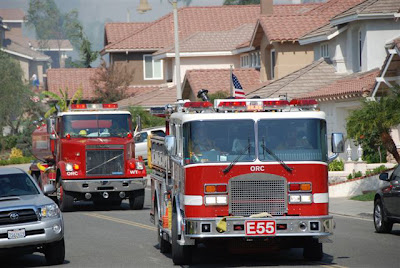 There's a fantasy novel by Larry Niven and Jerry Pournelle called Burning City. The novel takes place in Southern California. The god of fire, kind of a Loki figure, attempts to possess our main character and force him to burn down the place. It's not one of their better novels, I admit, but while reading it I felt it captured Southern California well and the fear of fire. This was before reviews on Amazon so it felt kind of eerie, not knowing the novel's intention. Footfall is a vastly better novel from these guys, if you just want something great to read. 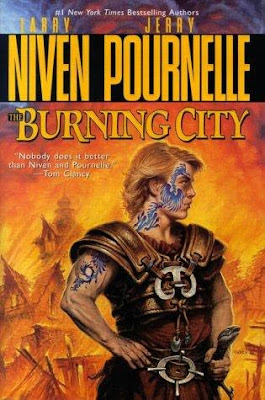