All need to be seen in person to be fully appreciate. Many who have expressed their dislike of the new Demolisher online have reversed their opinion when they've seen one in person, usually at their local store. The Leman Russ does not photograph well, I think.

Here's the progress of the Forge World Demolishers I've been building: 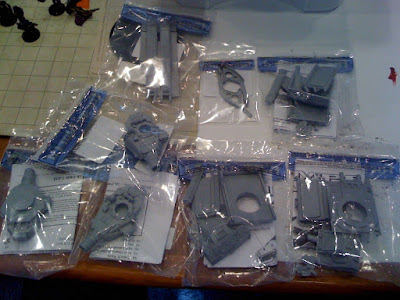 Various bags of expensive Forge World parts. I had many false starts on this project, including a couple of Forge World orders where I later changed my mind. Those items have been selling well at the store! 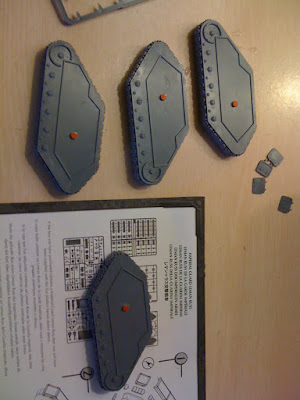 The project started with three boxes of Standard Leman Russ tanks. Each were installed with magnets for modular sponsons. The turrets are Forge World, so there's no need to make those modular. 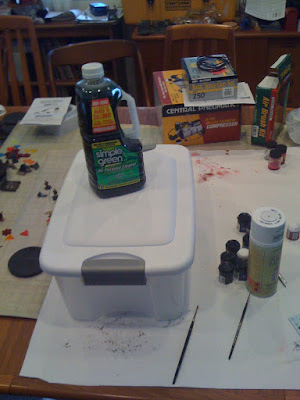 Sometimes it's hard to get the paint to adhere to Forge World resin, even after washing in soap and water. I decided to soak the parts in Simple Green overnight. 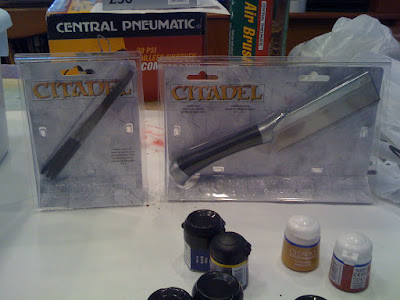 "Distrust any enterprise that requires new tools." --Bob the Builder 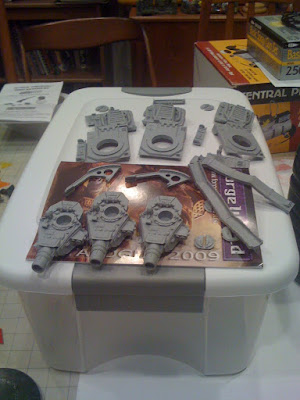 Ready for a bath after lots of filing and trimming. 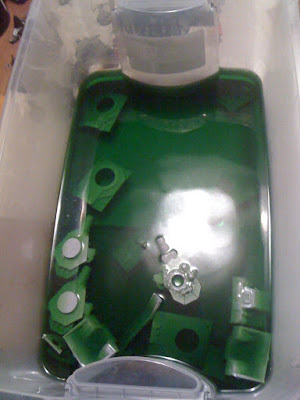 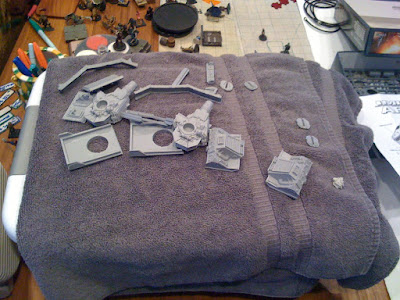 Clean and ready for assembly 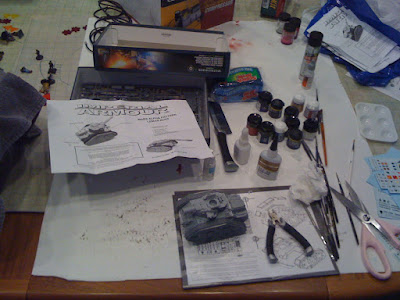 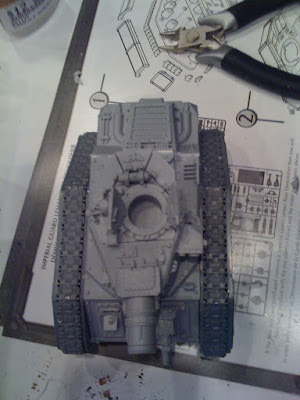 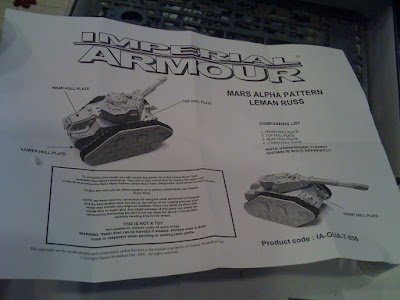 Forge World instructions. They go like this: Hey! You have four parts! See? Put them together already! Use glue! 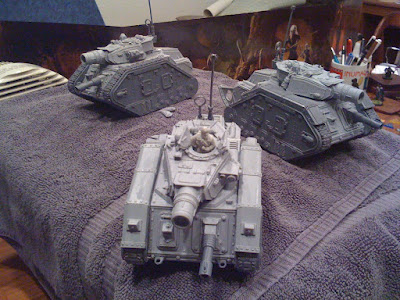 Here they are. The command tank has a Tallarn commander and Forge World track guards. The tank in the back right has Forge World trench rails. All three have had their resin, fixed heavy bolters replaced by a plastic lascannon from the Leman Russ tank sprue. Each tank probably retails for about $100 each when you consider the parts. 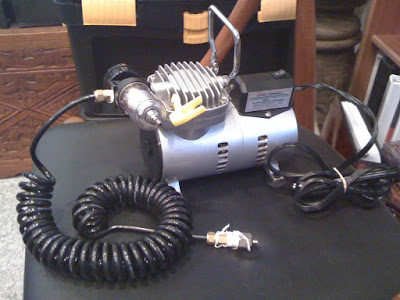 The 30 psi spray gun compressor I bought this week at Harbor Freight. 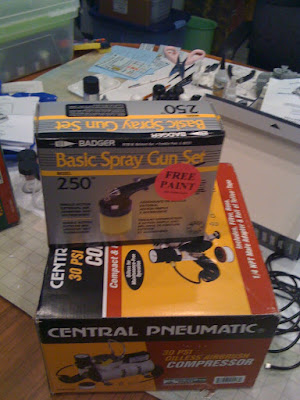