Battlefoam PACK 1520 vs. the Sabol Division

As your army grows beyond a few thousand points or you decide to consolidate multiple armies in one case, storage options become rather limited. There are two products on the market that can solve this problem, the Battlfoam Pack 1520 and the Sabol Armytransport Division. I happen to own both now, as my 40K Imperial Guard army now requires multiple cases. 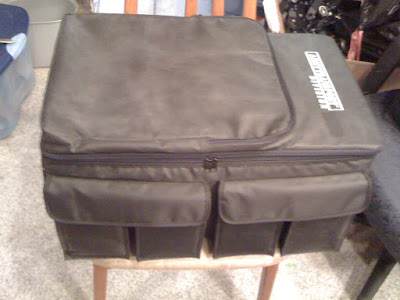 I started my army with a Sabol Army Transport and quickly outgrew it. It later went on to carry D&D miniatures, as I upgraded to this Division case (above). The Division case excels in one important area: pockets! There are four, large pockets on one side, perfect for dice, counters, tape measure, and templates. 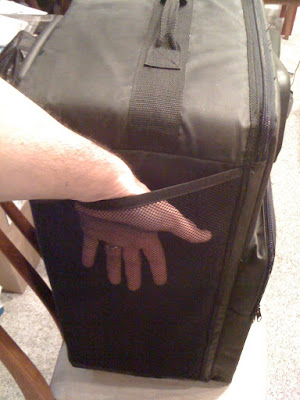 One side of the Division case has mesh, suitable for odds and ends or even a full size book. 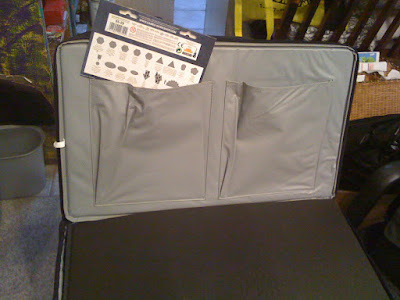 Inside the Division we have two more large pockets, perfect for small books, like a codex and maybe your army lists and notes. 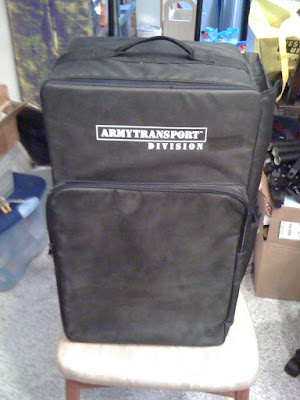 The Division case features a telescoping handle and wheels, making the case a roller bag. However, the design is poor, with the wheels too close together. You'll need to pull it slowly or risk the whole thing spiraling out of control. The Battlefoam 1520 avoids this scenario by including integrated backpack straps, albeit ones that can't be adjusted well or configured to hold the bag on the hips, as you might expect with such heavy gear. 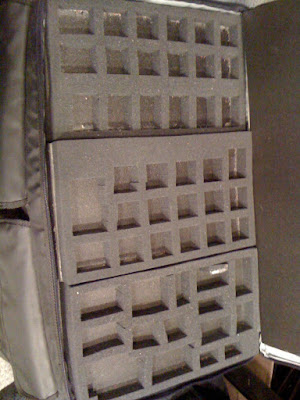 What holds the Sabol system back and where Battlefoam excels are the foam trays, especially for individual miniatures. There are no pre-cut trays, so instead we have an inefficient system using pluck foam. The custom Battlfoam trays are far more efficient as pre-cuts. With Battlefoam, I was able to carry twice as many troops in the same amount of space. 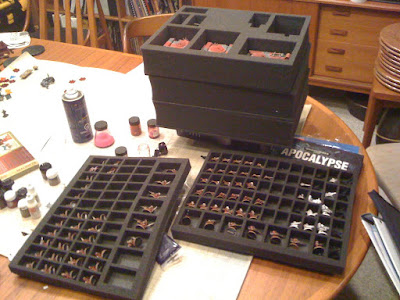 If you've got a troop heavy army, and when I mean troop heavy, quantities of models over a couple hundred , then the Battlefoam system is a clear winner, increasing your capacity by 50%. The model number, 1520, refers to how many individual models it could carry. 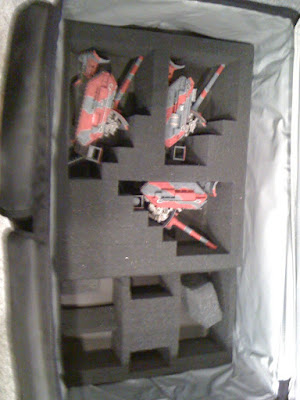 Where the two systems compare well is with vehicle foam. Battlefoam makes pre-cut vehicle trays, but I decided to go with pluck foam, based on the unusual characteristics of a lot of my vehicles. I've got tanks with trench rails, Forge World kits, and I prefer my turrets to be separate from the models. Battlefoam also lacks 4" trays, meaning my rough riders and sentinels would have to be fitted sideways, as would my basilisks (above) with fixed turrets (dumb mistake on my part). Also, you can see above that Sabol sells a "double wide" foam tray for larger models or a more efficient configuration. 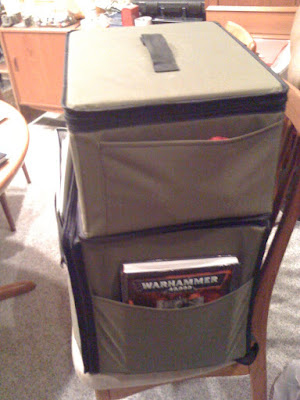 The Battlefoam 1520 comes in two parts, a top half that loads from above and a bottom part that loads from the side. These two pieces are zipped together, with the bottom case containing the backpack straps. It's a high quality design that looks like it should last a good while. 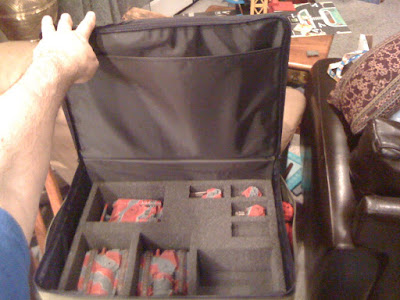 The top case has a single compartment for a thin book, while the lower case has no such compartment. 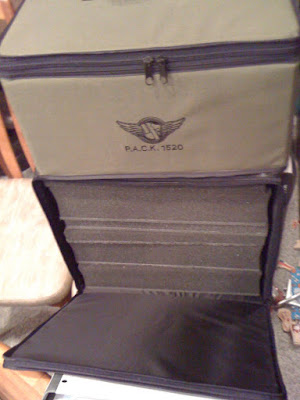 What these cases do have, their "killer application," are hard plastic inserts that protect models from various mishaps. These are ideal for travel, although you're not likely to check in a 1520 at the airport (maybe their smaller bags though). The usual mishap involves cargo shifting in your trunk, or knuckleheads using your miniature bag as a foot rest. 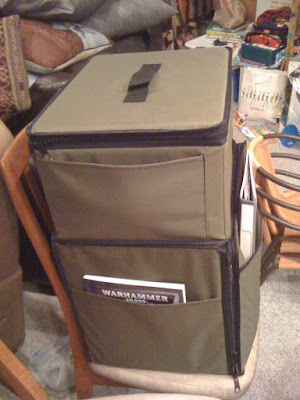 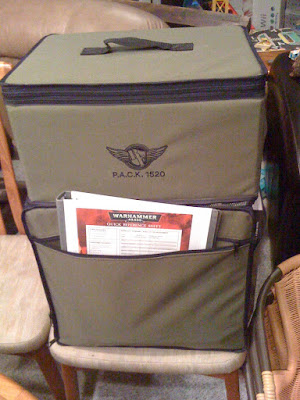 My big disappointment with the 1520 is with pockets, of which there are too few and not configured as I wish to use them. There are no small pockets for various gamer items, although there are larger ones for books. My half inch binder doesn't really fit in this case, unlike with the Sabol Division case. When I envision pockets, I tend to think about how well this case would perform being carried across a rainy parking lot. Alas, I would be sad as my stuff got wet. So A+ on protecting the models, but a C- on my books. Yes, I know mini gamers don't care about books, but I've got that role-playing background.

The Battlefoam pluck foam was somewhat disappointing as well. Although it's made of a higher quality, denser foam, and thus I felt I was able to better "sculpt" my trays for vehicles, the backing panel of most trays tended to come loose when the foam was plucked. This happened pretty consistently with foam that came with the case and individual trays I bought separately. This was not a problem with pre-cut trays. This was easily solved with PVA glue, but it was annoying on what I considered a premium product. Moving my models over to the 1520 was a weekend long experience, with a lot of hours devoted to allowing PVA glue to dry. Eventually I learned to carefully pinch the edges of the trays while plucking, which avoided future problems for the most part.

Vehicle tray construction was indeed more efficient than the Sabol system, but not by much. I estimate the Battlefoam system was about 25% more efficient with my vehicle heavy army. Price wise, both cases run around $200 (the Sabol going for a little more), which made the Battlefoam case a winner. Still, I miss the pockets of the Division case and I'm not a big fan of the backpack straps on the Battlefoam 1520.

I think there's a place for both of these products in the marketplace, but clearly the Battlefoam product is a next generation case compared to the Division, albeit in a "1.0" format. If you've got a Division case, no need to run out and get a 1520 (although I did). However, if you're starting from scratch, you would have to be a real lover of pockets to pass up the Battlefoam 1520.
Posted by Gary Ray at Tuesday, August 11, 2009