One of the hardest things about running a game store is supporting all of our diverse games. I envy the comic book stores, who can have Free Comic Book Day and find their customers lined up down the block. Every one of their customers loves comic books. Meanwhile, Free RPG Day brings in a decent crowd, but nothing spectacular. That's because RPGs are about 15% of our sales, so only 15% of our customers (at best) show up. Any sort of store promotion, email announcement or blog post is going to have that result, unless it's about things that apply to our entire store, like our anniversary party or store auctions (which surprisingly bring a small crowd). We need more of those! This is also why products like Mexican Coke are such stand out winners; everyone drinks them.

I also envy game stores that focus on only one product. The Games Workshop stores, especially, since they only have to support three games and can focus entirely on teaching the hobby craft to customers. When a kid walks up to me and asks me to show him how 40K works, in the middle of a Friday afternoon, I have to politely decline and recommend he come during our 40K night. I'll answer questions, but I don't have the staff to jump from behind the counter and push models. I wish I did!

Other game stores focus on one game because that's all they want to (or can) do, but some have such intense competition that they've learned to specialize and create an identity for themselves. Over the hills, Eudomonia in Berkeley is the regional expert in collectible cards, while Endgame is known for indie role-playing and miniature games. We sell collectible cards. We sell indie role-playing and miniatures. What we don't have is that intense, brutral and sometimes under-handed competition that drives us to specialize. I live closer to those stores than ours, so I could have added one more store to their local mix, but it seemed insane. One of the realities of being out here in the burbs, is there's really not enough business to support those kinds of store models. Diversification isn't a choice, it's a survival mechanism.

It's the emotional part of diversification that's hardest to handle. There's only so much time in the day to gain knowledge and expertise on what we sell. I could spend all day learning about Games Workshop products and be up to date, or read every D&D book, which would take up 100% of my reading time. I can't really afford to do that. I'm expected to know about everything, or at least what's new about the current crop of games, especially if it's the game you play.

I don't want to make excuses, because really, I try to gain as much product knowledge as time allows, but there's always going to be holes in that knowledge with such diverse offerings. My real job becomes turning novice gamers into veteran gamers so they can drive their own hobby experience, hopefully continuing that experience with us. Some store owners would suggest I carry less if I can't keep on top of them all, but that's not what our region or our business requires. Some customers will claim we don't love them because we can't focus on their game to their liking. However, store resources require that we share time and space. Thus there's an emotional toll on diversification, especially for a completist like me who would like nothing more than to delve into everything that interests me, if there was only time. 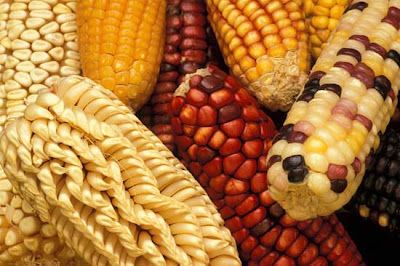