It's a few weeks late, but I finally got around to painting the "black box" Hellhound. I painted this one as a Bane Wolf, although the only differences between the three variants (Hellhound: fire, Devil Dog: melta, and Bane Wolf: chemical) are the replaceable nozzles at the end of the turret. They attach easily by pushing in the end via a square peg. Unlike the Demolisher kit, which has extra bits for variants, like the Executioners rear cooling vents, the Hellhound kit only differentiates the variants with the turret attachment.

Sadly, I lost my Devil Dog turret during painting. I had a spray gun melt down after getting hold of a bad pot of Mechrite Red. Advice to spray gun users: If you get a dried up pot of paint, just toss it and get a new one. That delayed me a couple days, while windy weather and a curious four year old means I won't be shooting plasma any time soon.

So what struck me about this kit? First, it was pretty easy to put together, even without instructions. Also, it was clear from the sprue layout that this will someday be the basis of other chimera chassis vehicles, such as the base chimera, Basilisk, and whatever else GW decides to put into production. The chassis itself is clean and highly detailed. One interesting discovery was that the exterior design of the two track sections are not symmetrical, a small hassle when dealing with decals. As others have pointed out, the new tracks no longer have internal wheels, with treads attaching into grooves, a foolproof and quick assembly method.

The most interesting part of this vehicle is the rear, which is essentially a flatbed where four barrels are attached. A nicely detailed lift gate allows you to imagine how these vehicles are re-supplied for combat (I imagine a sentinel with a power lifter). Add some brass rod and the lift gate could even be functional. Within the rear compartment are various pipes and "apparatus," a nice touch. This flatbed section just screams to be re-purposed.

What else? Eagles! There are five imperial eagles on this thing, all part of the base kit. What you see here is included, without parts from the accessory sprue, now sold separately. That's a pretty big deal, by the way, as the accessory sprue is a $15 add-on, making this vehicle essentially a $65 product if you want the same bits as the previous version (which was $50). Most of my customers don't seem to care so far and we haven't sold any of the sprues we brought in.

Overall this is a much better kit than the old metal-plastic hybrid. It's also far more attractive. Some might still prefer the Artemis pattern Forge World variant, but I suggest giving this one a shot (I happily have all three now!). 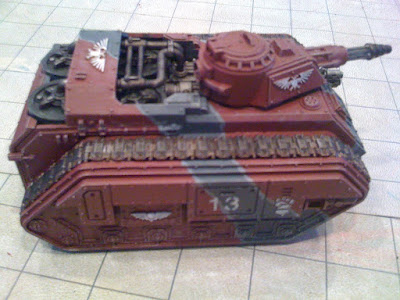 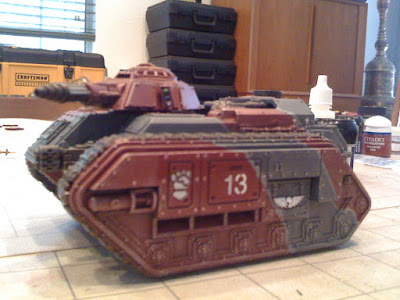 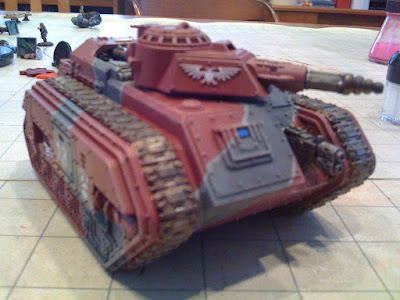