These are games that have emerged over the last year to be top games in the store, measured by sales. They're not all new games, but they're new for us. If there's in-store play, I'll mention that too. Still, if you're looking for something new and different, consider some of these.


Dungeons & Dragons 4E. 4th Edition got off to a rocky start. This is the first D&D edition that has completely changed the rules while the new edition was still in print. Think about it: 2nd edition was an extension of 1st, and was still somewhat compatible. 3rd edition emerged after 2nd edition was out-of-print and TSR was bankrupt. Third edition is widely regarded to have saved D&D. 4th edition was released while 3rd was alive and well, a decision that required more customer buy-in than at any time before. It has had mixed results.

So how has it done after a year? It was released last June and since then I have to admit sales are down a bit, even compared to the twilight sales of 3E. There are reasons for this, and nobody should have expected record 3E release sales, but results have clearly been mixed. It has created a schism, no doubt, one further divided by the likes of Paizo's Pathfinder (released next week). It has likely crashed my own gaming group as enthusiasm has waned and players come and go. However, and this is a big however, there are those who LOVE this game.

Story gamers who scoffed at the complexity of 3E, love the simplicity of 4E. Who would have guessed the dirty hippies would ever play D&D again? Those who enjoy tournament play, or those who want a guaranteed weekly game (good luck with that 3E players), flock to our Thursday night RPGA event. Six tables are packed every Thursday with D&D 4 players. We have a wait list each week, the only guaranteed D&D game you'll get, if you plan ahead. People come from the South Bay to play. So if you like 4E, D&D has never been better for you. If you can't stand 4E, if you love crunch and power combos, you're standing out in the corn field, taping up your old books and talking about old times, yelling at those D&D 4 kids to get off your lawn. Unfortunately, I'm personally standing somewhere between those two camps. Where's my tape? 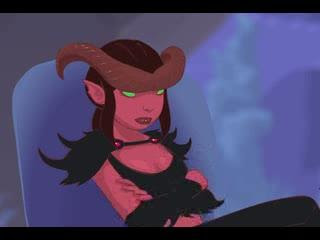 War of the Ring. This Games Workshop game took the excellent models from their Lord of the Rings game as the basis for this large scale battle version. Sales have slowed now that the new releases have come out, but it remains our top new game of 2009. I've read the rule book (the models are the same) and find it to be an example of what GW would write if given the chance to start over. It's an intuitive, well designed merging of their various design doctrines. Alas, we don't have enough interest for in-store play, despite some successful launch events. However, it only takes two people committed to a time at the store to make that happen. 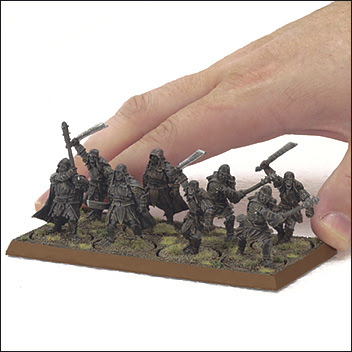 Dominion. Dominion has dominated our board game sales (tied with Settlers of Catan) and with various expansions on the way, and lots of play in the game center, this game deserves it's own listing. Dominion also won the Spiel des Jahres award, the German board game of the year, despite it really being a well made card game that could have gone the collectible route. Many game stores report that their Magic crowd plays this as their "break" game between rounds (our crowd looked at me as if I was offering them a nicotine patch instead of a box of smokes when I suggested it). If you want to play Dominion, stop by Tuesday nights for our board game group and you'll likely find someone with a copy who wants to play. 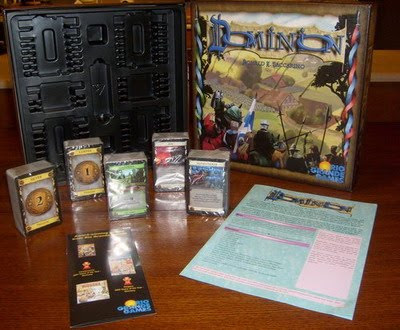 Infinity. This science fiction skirmish game isn't new, but it has grabbed hold of our Warmachine crowd who play it on Sundays. It started as a "break" game to play between Warmachine and Hordes games and has quickly usurped their roles as the groups main game. New releases continue to emerge from Spain, with beautiful sculpts and a recent release of the 2nd edition rules that solved a lot of earlier complaints. Stop by Sundays to play. 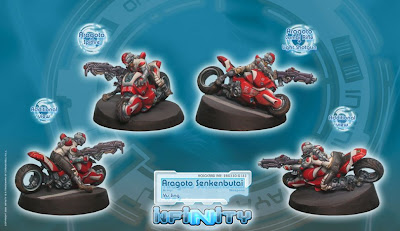 Uncharted Seas. This fantasy naval skirmish game by Spartan Games has intuitive, simple instructions, perfect for a pick up game. The models are very easy to paint and you don't need much more than a starter fleet to get going. We don't have any groups playing yet, but it has grabbed the imagination of many of our alpha miniature gamers, so don't be surprised if you see it on our schedule in the future. 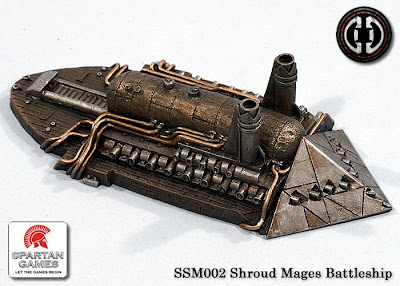