A while back, I wrote a blog post about the phenomenal success of our Yu-Gi-Oh group and how it represented a completely different demographic of gamers, distinct from the usual hobby game crowd. These are mostly suburbanite kids of color, Asian or Hispanic for the most part, a group that doesn't much identify with the majority of hobby games based on medieval mythology and European sensibilities. They're more the manga and anime crowd. This is phenomenally important in a hobby that is flat at best, and openly dying in some segments. These kids are quite possibly the future of hobby gaming.

That future is not so bright, it turns out. What identifies them most is they're young, and when you get a bunch of kids together in an unstructured environment (it turns out), you get complete anarchy and chaos the likes of which I had never imagined. We had to kick out Yu-Gi-Oh Group 1.0 shortly after we opened the new store, due to insane behavior and rampant theft. This is the group known for stealing the plunger handle out of one of the bathrooms. Why? Because they could. A larger group of 'tards could not be conceived. If I'm referring to your child, I'm sorry, but mostly for you. When comparing notes, almost universally, game stores with large Yu-Gi-Oh crowds have the same problems, and the Yu-Gi-Oh crowds themselves won't deny their part in the mayhem.

Yu-Gi-Oh Group 2.0 emerged after we found two excellent organizers who stepped up and did their best to both maintain order and run a fantastic event. Matt and Anna can be thanked for this. Yu-Gi-Oh 2.0, however, was still out-of-control, even after adding additional organizers and staff. They would steal anything not nailed down and when we nailed everything down, they stole from each other. We had to call the police twice because of various crimes they committed against each other. One kid was arrested after he showed up with a binder from a player he robbed the week before. A five year old was caught grabbing a 20 pound board game and dashing out the door, because he thought it would be funny. This was while we had six people maintaining order at a sneak peak event. It turned out to be a situation that could not be remedied by additional staff.  During this period, I spent a lot of time learning how to transfer data from our CCTV system.

Any sane person would put a stop to such gatherings, as well as take pity on our educators and law enforcement personnel that must have contact with our children. However, during this time of excellent event organizing and petty crime, Yu-Gi-Oh rose to our number three game in the store, despite rather anemic individual sales by customers. It was sheer volume, a descending of locusts on the game plantation that resulted in stratospheric levels of micro-sales. Our Duel Terminal Facebook ad was our most popular marketing program.  The event itself was occupying a dead zone in our schedule, a time when we were previously closed, so we were growing something in a field that was previously fallow. On top of this, our recently purchased duel terminals were a sizable investment that needed another year or so to break even. The question then was not should we kick them out (of course we should), but how could we possibly make this work?

It came down to a simple concept: When they were in our store, they were not accountable to anyone. There was no authority who could enforce rules, or even identify who they were. There were no teachers or parents or repercussions to be reaped afterwards. Their lives, as far as I could tell, were all about structure and authority, and lacking that, they were wild effing animals. Yes, they bucked authority, despised their families, or whatever amoral children do nowadays, but in their social structures, they apparently were able to exist without too much crime and victimization taking place. The question then, was how do we make them accountable?

It was meant to be step one in the tightening chains of game store authoritarianism, one that would stop tightening only after their criminal behavior either stopped or they were all driven out. Either way was good with me. This first step was simple: everyone would wear a name tag. To play Yu-Gi-Oh or to be present in our game center during league play, you had to sign up for the event and show a photo ID. You then got a name tag with your real name. We know comparing Facebook to other online discussion mediums, that people generally stop acting like complete douche bags when they're using their real name. We know who you are. Other players know who you are. Staff know who you are. The police will know who you are, if necessary.

Some kids balked and left, but for the most part, these were the known trouble makers. I know this because the kids that stayed were thankful and let us know. Everyone grumbled, as is required, being a rebel child, but the events ran smoother. A parent or two got angry they had to get out of their cars and sign in their kids, but I say tough beans; that's a small inconvenience for the four hours of child care we're providing for a $6 purchase. So we have extra staff, name tags and a strongly enforced rule that bans anyone not playing from being present in the back (parents are always welcome). Still, there are occasional thefts, which is what you have in a culture where the other kids giggle knowingly when someone at their table asks who stole their stuff. For the most part though, the chaos has been contained.

Sunday we had 75 kids and had to turn some away. Yesterday I ordered another 20 chairs to try to accommodate the crowd. No one in their right mind would actively seek out such a crowd, but when you've already got one, it's hard to let it go. 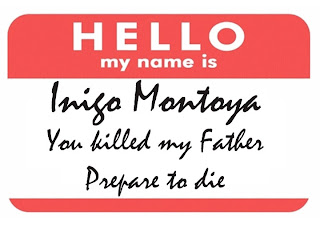