A friend asked me over the weekend, "Do you get tired of games?" That's a complicated question. The answer is both yes and no.

The perception of a game store owner is that they play games all day, or at least part of the day, or at the very least, a lot. If game store owner Facebook friends are any indication, it's true that they are heavily engaged in their hobby, but it's equally true that it's part of an intensely hectic work schedule, usually consisting of six days a week or more. They work hard and play hard.

If I can compare games to food, what I've personally found is that my appetite hasn't changed, but my pallet has expanded. I play a much wider variety of games than in the past. Over the past five years, I've been heavily into miniature games (Warhammer 40K, Fantasy, Flames of War), role-playing games (D&D 3.5, 4, Pathfinder, Warhammer Fantasy Roleplay 3, Spirit of the Century, Traveller), board games (probably a couple hundred), and even a delve back into Magic, to see what I'd been missing. The previous five years before that I played a lot of 3.5 Dungeons & Dragons and that was about it, albeit at an extreme level of commitment.

Most of my interest in running a game store is in the business side of things. I don't generally play games while I'm on the clock. Thankfully, it's a constantly changing set of challenges. For the most part, it's a game of juggling finances, marketing new releases and devising a long term strategy for profitability. This year, for example, is about running the bases of the first three quarters, trying not to get tagged out along the way, and sliding into home plate in Q4, uniform in tatters, kneeing the catcher in the groin, popping up with a smile on my face with some semblance of dignity ... for the win. That's the game I play the most.

Where I burn out is product churn and new releases. I have a limited amount of enthusiasm for anything currently in print. I'm excited about a good many things, but it's finite excitement. I truly wish I was more of a flitting, multi-genre gamer so that I could talk about and be excited by the dozens of new releases each month, but I'm not (other store owners tell me they wish they had more focus). On top of that, there is a certain fatigue that develops when perfectly good games go away, entirely for economic reasons. Cheer leading for replacement games gets tiresome. Like in those bad Vietnam movies, the new game is just a FNG, hardly worthy of a name, let alone praise. The most exciting stuff tends to be aimed squarely at the most obvious demographic. That's fine, but I want nice things too! I lust after Dwarven Forge, Forge World, and many other cool things that don't even have critical mass to make it to my store.

For some games, I have an inevitable flat line of enthusiasm. "Hey, come play Game X, it's new and shiny!" What I would rather do is focus on what I think is cool, like the new Pathfinder GameMastery Guide or the Dresden Files RPG. I've considered analyzing my Facebook store posts to see if what I pimp corresponds with sales in the store, but I can tell you now, it doesn't align. Part of this is that a lot of our sales are to mono gamers that just don't care about our Facebook page, the store or anything except getting their fix for their one game. That's fine, it's just that marketing to them is kind of a waste of time. Less than half of our email event newsletters are even opened, and this is a list composed of our top customers. The majority of people, probably 90%, see us as a simple store.

So no, I don't get tired of playing games, provided I'm playing them because I want to have fun and not for some retail related research or sense of duty. And yes, I get burned out on games that I have to actively sell where no personal enthusiasm is present, especially if they seem overly cynical, a bad value or otherwise makes me feel evil or foolish. We all have aspects of our jobs we just have to do to keep them. Also, one man's evil and cynical game is another persons joy and comfort. However, if you're becoming an aging grognard like myself (I'm not one yet), it's quite possible that the wretched game in question is keeping the lights on. Another thing: your tastes can change.

That game you despise now might be just what you're looking for to play with your girlfriend or your son. You might find yourself short on time for your D&D game, but rather than let the group fade away, you play Descent. Money might be too tight with your new house to continue on the Magic: The Gathering treadmill, so you get your fix with pre-set decks of Dominion or Game of Thrones. I personally try not to close the door on games, I try "not to be a dick"  by disparaging other peoples hobbies. I suppose that would be my advice as well. 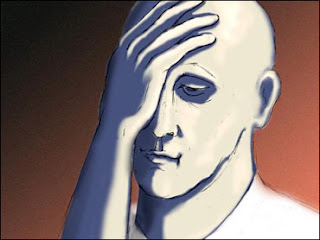