One of our Yelp reviewers was kind enough to email her thoughts on the store. We emailed back and forth and she gave me her impression of the place while I gave my reasoning for Yelp hate, since she asked (not the best customer service approach, but I was being honest). In general though, she brought up some good points, the big take away being that our store, and I'm guessing most, if not all game stores, are big enigmas to non hobby gamers.

I consider the store to be very well organized. Board games are shelved by publisher or theme, miniatures are sorted by army, role-playing games by system, and even the Magic cards are in order of release. But what does that mean to a non hobbyist? It looks like a bunch of boxes, a bunch of random silver army men, some random books and some shiny packs. They're not in alphabetical order as you would find in a library or book store. Most sections aren't labeled. It looks like a disaster to them.

My store has been called The Gap of game stores, which I will take as a compliment. We spent a lot of time and effort making it clean, well lit, and generally inviting. Fixtures match. We do our best to tone down our customers language in the back and we make sure it's always comfortable and cool with the AC blowing, Cinemagic movie soundtracks playing in the background. We have a moms lounge with comfy chairs and non gamer magazines. The effort goes into preventing it from repelling the general public, but how much effort have we made to make it inviting?

It really comes down to staff. Non gamers need guides, especially if they're just getting into the hobby. It's one thing to walk off the street and have no clue what we're doing. Many people will generally browse around, shake their heads, talk about how their son, nephew, father, etc., would love these games (not I, but you're place looks nice), and leave, perhaps a promise to return during the holidays. However, if you've been introduced to hobby gaming, and have an idea of what you want, it can be a difficult maze to navigate. What do you buy after Settlers? What do you pick up after your Magic intro pack? What adventure do you buy now that you have your D&D core books?

Gaming is a sub culture. It's essentially a word of mouth niche trade that resembles a virus more than a business model. If you don't have that trusted friend, older brother, or peer group to direct you, your enthusiasm will likely fizzle out, or in the case of our Yelp reviewer, send you online where a quick search can bring up the game you want. Internet searches don't care how your board games are organized.

During the day you can get great customer service, since there is time for a lot of hand holding. However, during peak periods, we're often under-staffed. This has to do with what we can afford as opposed to what I would like. Ideally we would have a door greeter, a cashier and a floater during heavy traffic hours. That's what we do during the holidays when we get a large non gamer influx (I'm avoiding my use of muggle in this post). Unfortunately, we just can't afford it yet, so often we have to rely on a quick nod or hello from the one guy on staff as well as a customer willing to approach and ask questions. Otherwise we get what I call the smoker effect.

I once managed a guy who was a smoker. During employee evaluations, this guy was generally reviewed as competent and helpful, but people complained they always saw him smoking in the parking lot. The lot was between our two buildings and everyone could see him out there as they labored away. Our smoker had a break like everyone else, and he could do what he wanted, but his smoking a cigarette, a generally despised activity, in plain view in the parking lot, was held against him. He's doing something disliked while you're under stress. It's why restaurant workers in uniform are often asked to eat in the back or take their breaks outside.

In our store, we've gotten the complaint that employees are spending time talking to friends rather than being of assistance. This usually turn out to be customers they've built relationships with, as opposed to their buddies. When things get busy, when you need service, when you're stressed, innocuous activities appear as damn nuisances. In the case of our Yelp shopper, an off duty employee was checking his mail and goofing off on the store computer when our mystery shopper was present. A big no-no. He wasn't on the clock, but it looked like he was. He was smoking in the parking lot.

I will continue to talk the fine talk, but sometimes the walk is a little wobbly. To their credit, our staff is generally considered helpful once they're engaged. They've just got a lot on their plate sometimes. Thanks to our Yelp shopper for pointing this out. I still think Yelp sucks though. 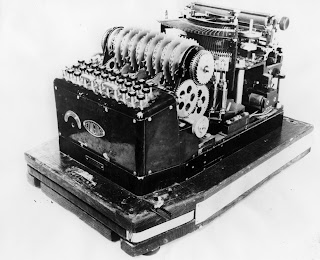