I was watching a new episode of Top Gear the other day and they were having a supercar "saloon" (4-door) shootout between three amazing cars: Maserati Quattroportte, Porsche Panamera, and an overpriced Aston Martin that we can ignore for the sake of this discussion.  All this passion got me thinking of Dungeons & Dragons. Of course! Why wouldn't it? It was how the hosts were comparing these two cars that got my attention. Lets take a look. 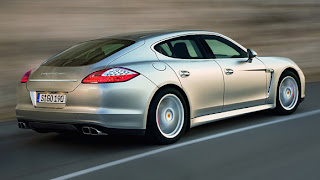 Dungeons & Dragons 4 is clearly the Porsche Panamera. The hosts could hardly look at it. It didn't conform to their idea of a supercar. It was something they loved, a Porsche 911 chassis, stretched into something nearly unrecognizable. It would speed around the business park where they were putting these cars through their paces and our hosts would avert their eyes as it came speeding by. However, the car performed amazingly well. It was clearly the fastest of the bunch. It handled similar to its two door sibling, rather than the larger cars it was competing against. It did everything you could possibly ask of it, but it lacked a visceral feel. It didn't conform to expectations and made a kind of mockery of the Porsche legend. Still, it was undeniably the best of the bunch and it was well supported with Porsche's number one quality ranking (of all cars) in both Europe and the US. 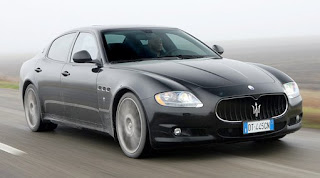 Pathfinder is the Maserati Quattroporte. If you've ever sat in an Italian luxury sedan, you may never recover from that visceral experience. The smell of the leather, the various colors and textures. Mmmmmwa! Just say it slowly: "Quattro portay." It's like a mini Italian vacation in your mouth. The Maserati performs well enough, but you're mostly enjoying the growl of the engine and the satisfying feel. Inside, the car is a mess, with buttons all over the place, even the back of the steering wheel! Our hosts failed at the most simplest technical tasks, like changing the time on the clock. You would likely be spending a lot of time reading the manual if you needed to do anything but drive.

Performance is slow by comparison to the Porsche. Handling is acceptable and awfully exciting, but there's really no performance comparison with the Panamera. Reliability? Yeah, you'll be spending a lot of time with the car not driving it. Still, Fans of Italian cars, like Pathfinder, can't stop raving about it. D&D 4 fans, like Porsche drivers, don't care, they're out having sex with ladies or doing the other things people do when not obsessing over their hobby. There's no visceral excitement. None required. None desired.  They're in the moment, not obsessing over their feelings.

So which car did our hosts pick? The Maserati of course. It's the enthusiasts pick. The Porsche is undeniably a better car in most every way, but it doesn't conform to expectations. It doesn't connect well to our pre-conceptions, the legacy of what has gone before. It lacks that visceral feel. It's a mass market approach to a niche market. Both are fantastic. I personally think the Panamera is beautiful. But yes, I would want the Maserati too and although I would go broke and be occasionally disappointed by my choice, I would do it all smiling and I wouldn't begrudge the Porsche owner his Panamera.
Posted by Gary Ray at Tuesday, July 13, 2010