With a troubled economy and high unemployment, it's not surprising people are wondering if jobs are being filled be those legally eligible to work. This is especially true if you're say, older and living in the Midwest, which has seen a huge increase in the immigrant population over the last couple of decades. Your community may only vaguely resemble what it looked like in the past. It might feel overwhelming.

Lately I've heard a lot of fear mongering in the media in relation to shops. A helpful quote from foot-in-mouth Vice President Biden back in 2006 illustrates this:


“In Delaware, the largest growth of population is Indian Americans, moving from India. You cannot go to a 7/11 or a Dunkin’ Donuts unless you have a slight Indian accent. I’m not joking.”

If he's saying it, you can safely guess there's a lot of people thinking it.

So what is this about? Back when I was in college I learned about Ethnic Succession Theory. It was taught to me in the context of criminal justice. It basically says, new immigrants come to this country, take what's available to them with their limited resources and education, and move up. In the context of criminal justice, ethnic gangs and organized crime arise with new immigrants until that group gets a foot hold and moves up the socioeconomic ladder. People want better for their kids, so they struggle today with whatever it takes to survive so they can have opportunities for their chidlren. In housing, you get ghetto-like neighborhoods as a foothold until you've got some economic success. My point today is that retail is the ghetto of small business in this country.

Day to day brick and mortar retail, nail salons, restaurants, you name it, are often owned and operated by hard working people who belong to ethnic groups trying to get a foothold in this country. Sometimes entire families run these small businesses, pooling resources and scraping by for the sake of their children. They work hard at a thankless job, businesses that could implode at any moment and are never worth much more than when they started them.

I know, because although a game store is a "lifestyle" job, it shares many of the same characteristics. In my own shopping center, they come to me when they have a problem with the landlord, mostly because I speak English the best. Retail in America is a step above picking strawberries. Picking on these new immigrants is culturally akin to eating your young. I think we should applaud their hard work rather than question their legitimacy. 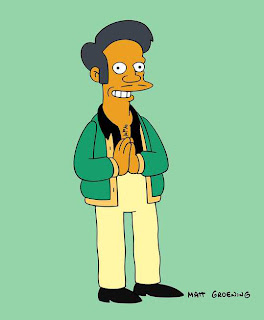