This is a boring trade. The level of growth is boring, the daily grind is predictable, and the areas that are complex tend to be that way because they're screwed up, rather than because they're intellectually challenging. Cleverness is rewarded over the raw processing power of your noggin. This supposed boredom is what drew me to the game trade, because I could wrap my head around it. I could leave my job as a cog in an off kilter machine and find something more serene. I was mostly wrong of course. It turns out to be far more dynamic than I expected, far more complicated, and my own machine is equally off kilter.  However, it's still predictable enough that I can imagine where I'll be this time next year, or five years, in fact.

Right now the trade is booming, something store owners normally only experience during the holiday season. It is anything but boring. It's full of opportunity. If you haven't had a real job before this, a career job with capital and sales and reasonable profit margin, this is what they would refer to as normal. There is money for projects, as just about every local store I know at this point is expanding their space, inventory, or cash position. Our expansion project is still scheduled for later this year, but we're already anticipating the cash for what's next.

This boom period will eventually end, and with it will go the project plans, the dreams, and all that sweet money that allowed you to tell your friends and family, for the first time perhaps, that you're doing fantastic. When it ends, like I know from the holidays, I tend to get a little depressed, post-part-em depression as I miss the relatively easy money that was rolling in. Now there will be only work and recrimination as we shake our fists at the imaginary idiot who killed our cash cow. The small problems that were ignored during the boom will loom large.

I recently heard a story about another store owner who quit the business after going through one of these boom periods. When it was over, he realized the day to day of the game trade just wasn't what he wanted to do. If you're a physicist and you're discovering elemental particles every day, that's got to be exciting, rather than the reality of decades of research and dead ends that lead to those discoveries.What you realize during boom times is this is what I'm good at. I was born to do this! Give me more! Where is the more? And you're off to find a real job where more is normal.The game trade is not about that.

So what is the antidote to this? I think it's gratitude. It's easy to say you need gratitude, but I think we need to constantly practice gratitude. It's easy to be gracious to the guy who buys the case of Magic cards. Heck, I could kiss him on the mouth. However, it's much harder to be gracious to the kid with his soggy shoe money who buys a single booster pack after fifteen minutes of careful selection, or the guy who wants to buy a single die with his ATM card. Gratitude is being thankful for all of it, even shoe money kid. It's about changing your attitude and looking for opportunities for gratitude where it's lacking in yourself. That's really hard.

It includes being gracious to our volunteers and working with their increased sense of importance during the boom times, while grounding them for the inevitable slow times that will likely sap their enthusiasm.

It's managing the staff and being thankful for them, continuing to see areas in which they might grow, rather than holding on for dear life, like often happens during boom times. Growing staff is the holy grail of management that tends to elude me. It's seeing if they need anything extra, including more staff to make their lives easier. It's easy to take them for granted and focus on damage control as you try to steer your ship safely.

It's being gracious to suppliers who often get overlooked in the mega purchases of the boom times. When an average CCG order is thousands of dollars, my budget is often beyond stretched and I forget to order from the specialty distributors, the one off distributors, and the guy who fills in my product holes. Who has time for cribbage boards when I'm ordering Magic by the case? Who can afford to stretch the budget when Fedex is now delivering my stuff through their freight service? It's not only ordering but spending some time to build relationships with these people. I probably need a visit or two after neglect in this area.

Finally, it's being gracious to yourself. You've worked hard, but this isn't you. As Clint Eastwood said in Unforgiven, "Deserve has nothing to do with it." Accepting the boom time with some equanimity with stability, composure, and awareness, we avoid the big swings in our mental outlook. Some personal graciousness means not beating yourself up when things go wrong or excessive back patting when they're great. It's practicing kindness to yourself. You are doing what you want to do, not what you have to do. You did it before the boom time and when it slows down; you'll do it again, without beating yourself up or grasping mentally for the good times. At least that's what I tell myself. 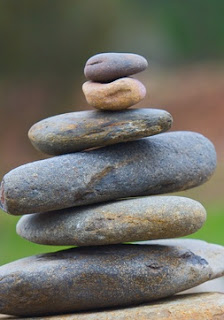