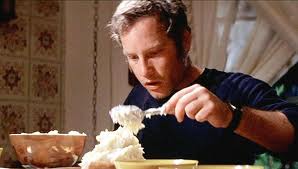 Usually you have to talk about sex or politics to get the kind of reaction most people have to Klout. On one hand, it's potentially the most narcissistic,  self-congratulatory, wankfest one could imagine.The website gives you a numerical score based on your influence, essentially using an algorithm to rank your online footprint. Everyone is given a place on a grid showing what kind of influencer they're are, broad, specific or more of an active listener. It reminds me of the classification people are given in Brave New World.

The more people you connect with, the more you participate, the more people who participate with you, and the more important those people are, the higher your score. You're also rewarded for interacting with people with lower scores, in one of the sites more altruistic intentions. You might get some perks, like coupons or access to the lounge at Singapore Airlines at SFO with a high enough score, but it's mostly theoretical, since the site is in Beta. High score individuals are considered more influential (amplification) and have a broad reach. This would seem like something to avoid like the plague, but I'm somewhat drawn to it for what it could mean (and it's kinda geeky).

On that other hand, Klout promises to hook up people who need expertise. For example, I've got a high ranking in retail (there aren't a lot of people on it yet, really, so it's rather meaningless), so potentially someone could use Klout to contact me for advice and I could give it. Klout would make the connection and I would be rewarded with Klout points for being a useful human being. Plus it's fun and fulfilling to be helpful (but we still need incentive, apparently).

Or if I want to write a book on retail, a publisher might ask me my retail ranking and not want to talk with me until it's higher. Klout is also showing up in human resource departments, and having a high score in your area of expertise on your resume is not uncommon anymore.

That holy grail of connecting people with others in a useful manner, isn't there yet, but that's the hope. Right now we tend to use the Internet for crowd sourcing, as in asking your friends on Facebook a question about board games. Klout promises to hook you up with a board game expert who is naturally enthusiastic and rewarded by helping you. Crowd sourcing is great, but, you know, it's a crowd. It's no replacement for real expertise, something the Internet tends to sneer at.

So over the last 90 days I've been trying to "game" Klout a bit, mostly by doing what they recommend. It's essentially allowed me to legitimately connect to more people through common sense social media logic. I've played on the system extensively, giving out "+K" as they call it, inviting friends onto Klout and pretty much playing their game. It's not really a site you spend time on messing around, like other social media. Eyeballs on the site is not how it works. I probably spend about 5 minutes a day on the site, giving out +K and exploring "experts" on various topics. It's mostly a passive thing that looks at everything you're doing online and assigning a value. Their revenue will supposedly come from the perks that companies will pay to put in front of influencers.

So in the end, I want to think this means something, like the mashed potatoes scene from Close Encounters, but so far it's kind of meaningless in its current Beta form. It did help me optimize my reach, but it also encouraged me to stay on the social media treadmill, in fear my score would drop, although scores seem somewhat resilient. That's one reason why you've seen more posts here over the last couple months. However, if I were really about boosting numbers, Google can tell me which buttons to push (game rankings, criticizing anything RPG related, and mentioning Lady Gaga, oh crap I just did it). 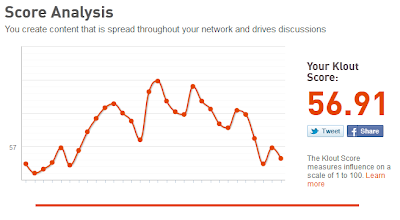 Connect with me on Klout if you want to check it out.