In the game trade, if you're successful, meaning you make money and don't lose it (and you mention this), people are curious how. They'll write you emails with questions, show up at your store with coffee (I like Americanos) and ask you to talk at trade shows. Before that point, you're kind of a buffoon for being in the trade. You're the jester of retail, the tilter of windmills, the butt of the joke about the guy who started with X to end up with 1/2 X. You're the carnival barker selling toy soldiers. People on web forums, if you care to consult them, will tell you it can't be done, especially your way, rather than telling you how (because they don't know).

So yesterday a couple of trustworthy guys asked me about success, so we started talking. We discussed the lofty missions and ideations of Apple and other more entrepreneurial businesses. For me though, the motivation was thinking I could do it better, if given the chance, which can be a very dangerous motivation, because more than likely, you can. Nowadays, I tell people to beware the "I can do it better" argument, because it's not really enough.

It was also about a more simplified lifestyle in which I could understand what was going on around me. I sell games. People play them. They come on a truck. How hard could that be? Warren Buffet will only invest in stocks with companies he can understand, which I can totally relate to. Doing otherwise is gambling. So my motivation was to just do things better, rather than some crazy entrepreneurial drive to revolutionize mouse traps or create needs that nobody knew about yet. It turned out to be far more complicated than I envisioned, but I kind of aspire to that level of complication. Also, with such basic motivations, I'll never get rich doing it.

As for process, an article published yesterday in the Harvard Business Review summed it up for me: Less Confident People are More Successful. When I started out, I didn't have much confidence in what I was doing, mostly because I didn't know what I was doing. This lack of confidence constantly grated on my business partner, who was my head cheerleader and secondary investor.

He's a money guy who understood the basics of what I needed to do and allowed me to bounce the financials off him on a regular basis, as they never seemed to add up. Without his support, I probably wouldn't have continued. Because of my lack of confidence, I did what I usually did in IT, I studied, planned, charted a course, and carefully executed. I did it totally wrong, but I had a plan and stuck to it, which eventually allowed the business to stabilize. As the article points out, those who are less confident, but who are still ambitious, tend to be successful because they are self critical and plan things to death.

Around that time I recall having a discussion with my father, who doing his due diligence, had a serious discussion with me about this crazy idea. He was amazed I had a business plan. He had never gotten that far in his dream of a mail order side business. Most people fail to plan or fail to execute.

If it's not the planning, it's the commitment, such as leaving the day job. Most people can't do it, psychologically or financially.  Leaving my day job was a strong motivation for the store, in fact, one that made me worry, as it's a poor reason to get into business. I was careful to push that job hate way down while I was planning, so it wouldn't force me to jump the gun. Eventually my boss brought me into his office to discuss what they were doing with me (nothing). It's when I gave notice.

So the motivation was wanting to do it better. The method was planning the hell out of it because I was less confident. The final commitment required me to leave my day job for good and embrace the new trade. I listened to criticism and especially our customers, who understood I was no expert, but wanted me to learn, both their interests and their needs. So I'm very grateful to them, my business partner, and my family for their support. 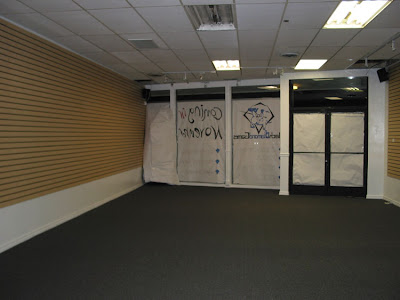