The big news this week if you're a game store owner is the decision by Mayfair Games, maker of the board game behemoth Settlers of Catan, to move to Alliance as their exclusive distributor. This move essentially locks up three of my top five board game companies with Alliance: Mayfair Games, Days of Wonder and Z-Man (in that order of sales). On top of that, Carcassonne, my top Rio Grande Games will be going to Z-Man soon. That's 22% of my board game sales through Alliance, when I include Carcassonne and the Wiz Kids board games  (also an exclusive). So is this a good thing?

It's good for the game publishers, if you ask Alliance. The publishers have seen dramatic sales increases through exclusivity. Plus they can dictate MAPs, minimum advertised prices, which they can use to club online discounters that erode their brand value. That should be good for game stores, in theory, although many consumers would argue, bad for them. Publishers gain this advantage through better efficiency and business intelligence. Of course, they also sell to big box stores like Target and Barnes & Noble through the much maligned PSI, the root of all evil, according to some, so exclusivity is really only about game stores. Thankfully, at least Target and B&N sell at MSRP, although Amazon still sells Mayfair at a discount.

It's clearly not good for competition in the distribution tier, but I'm rather indifferent there. I would like there not to be exclusives, but I see the business case for it. Decreased competition is definitely not a good thing, especially when you look at Alliance's parent, Diamond, a lumbering, Cthulhuesque behemoth of infuriating insanity, and the only distributor I've had to cut all ties with to avoid their crazy invading my life. I would sell comics if it weren't for Diamond and their near monopoly on that trade. So if Diamond scares you, I suppose their tiny game arm, Alliance might give you pause.

Is it good for retailers? It's probably a win if your primary distributor is Alliance, as it's a one-stop shop that's likely to benefit from that efficiency. I've got a customer who calls nearly daily looking for the Mage Knight board game from Wiz Kids, an Alliance exclusive. With a quick check of the Alliance system, I can tell him without a shadow of a doubt, that he's out of luck. However, if Alliance is not your primary distributor, you have a big problem.

The game distribution system, at least for the big guys, works off a discount model. When you start with a distributor, your discount is pretty weak, usually 47% or so. As you buy from a distributor, your volume increases your discount level, usually capped at 50%. So generally, if you work towards that discount level, you'll have a 49-50% with your primary and something in the basement with your secondary. I've got a 50% with most of mine and until recently, I only had a 47% with my secondary (Alliance). So what does this mean?

It means if you don't have Alliance as your primary distributor, you're losing money on these exclusives, which for me is 22% of my board games. It's a different amount for each game store, but I figure I would lose about $1,000 a year in added "cost of goods" costs. I don't know about you, but when my bills go up $83/month, I tend to howl a bit. So the obvious answer, the one I'm sure Alliance is not unaware of, is to change your primary distributor to Alliance. Or, if you've got enough volume, add Alliance as your strong secondary distributor to boost your discount level. That's what I've done this year, at the expense of many of the smaller distributors.

So what's the solution? For the sake of peace in the game trade and preserving the margins of retailers, make these exclusives net priced, or a fixed discount. Game retailers won't be penalized for their relationships with their distributors, relationships built over years. They can continue to buy from their existing primary, while still picking up the games they need from Alliance. They'll likely buy other stuff from Alliance along the way, to obtain free freight on the order (another "unique" game trade trait), so Alliance would still see increased sales. It's better than seeing retailers attempting to cut these games from their purchasing budget, something easy to do with a Wiz Kids, but potentially suicidal when it includes Settlers of Catan and Carcassonne.

Finally, I just want to say that all the people involved in the making of this blog post are real, and that they're by all accounts, good people you would be honored to know. The folks at Mayfair and Alliance, especially, are some of the best in the industry. Amazon remains evil and Diamond is from the Far Realm. 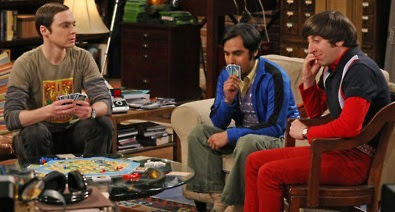