Remember when I was gushing over diesels? They're here. Or at least one of them if you don't include the very expensive and not very frugal Mercedes models. The car I would buy now, if I needed one and had money, is the new 2009 Volkswagen Jetta TDI Sportwagon. It should average about 40 mpg (compared to 26 for my Mazda), it has tons of space, and a lot of low RPM torque for fun driving. Diesel mileage ratings are a little wonky. VW believes the government low-balls them, claiming the Jetta TDI gets 35MPG. VW says it's more like 45MPG and like Prius owners, some frugal VW diesel drivers claim you can get 50+MPG with vigilant driving.

The Jetta itself is a fine car, but given the choice, I would likely go with another marque. However, wagons are becoming harder to come by and VW makes some fun to drive cars that I've found to be pretty reliable. I've owned two Jettas in the past (a 1995 and 1997). I might consider a diesel Passat wagon if given the chance, and of course my dream car is a diesel Alfa Romeo 159 Sporwagon, but I'm just retarded like that. The key with the Jetta diesel wagon is it's here now.

I would probably take the Motortrend advice and upgrade it to 17" wheels and better anti-roll bars to improve handling. My only complaint is it doesn't come with leather as an option. Leather is not a luxury item, it's a childproofing item. I think VW's are a tad overpriced, with every bit of trim inflating the price tag. Also, the TDI Jettas are sold out around here and dealers are marking them up over MSRP (and apparently getting MSRP). I usually solve that with a one-way plane ticket to elsewhere (last time Cleveland). On the positive side, there's a $1300 clean diesel rebate from the government.

I think both clean diesel and hybrids are an intermediate technology before the industry goes entirely to electric cars with fuel cells. I think that's still about ten years away, meaning if you need a car between now and then, and you care about things like fuel prices or the environment, you'll want a hybrid, diesel or tiny petrol econobox. There seems to be an energy consensus that the long term goal for automotive power is electric, leaving the real debate on how to upgrade our creaky energy distribution system to homes and busineses, including better storage of excess capacity. Once you say cars are electric and you can shuttle excess energy around the national grid, you can build whatever power plants you want: renewable, nuclear, whatever. The government will need to nationalize the distribution system though. And why not? Nobody cares that the national highway system is government maintained. 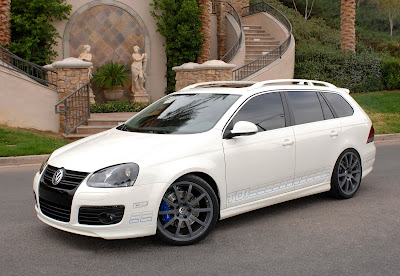 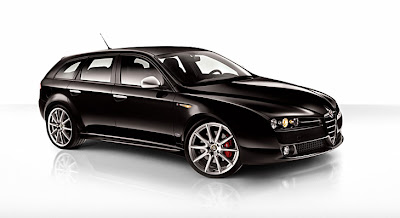