I'm starting to think our little shopping center is a magnet for trouble. When your anchor store is a Hostess outlet and the big draw of your shopping center is "cheap bread," you're just asking for trouble. Add in a thrift store and a discount dentist (great guy, but he advertises on price) and your walk in clientele tends not to be the highest echelon of society, and quite often, petty criminals.

Since we opened, we've had two criminal "events" in the store and possibly a third as of this morning. This isn't run of the mill shoplifting, of which we have had a large enough increase to necessitate cameras. These are professional criminals targeting local businesses. Maybe it's the economy. Maybe it's the location. Whatever it is, I've lost a bit of faith in humanity and my profiling skills for deadbeats and nut jobs are becoming finely honed. You can sense the tweaking, the veneer of interest in not one thing, but everything, the general sense that you do not belong. It's not about race, gender or any other factor (ok, maybe class), because I've been ripped off by them all equally, it's just their sense of wrongness in the situation. You just know there's going to be trouble now or later.

Just to be clear, these are not my customers or even potential customers. I believe I am extremely patient with customers, even those who rarely buy anything. At the very least, they belong. They are part of my herd. The rare times I do lose my patience with regular customers, it usually comes from a place of familiarity. If you ever wonder why some game stores tend to be dungeons that only attract gamers, it might be because the general public kind of sucks and the owners, if at all possible, would like to avoid them. Bad for business, possibly better for mental health (the next post will probably be my refuting charges of elitism).

The other half of the magnet equation, and far less sinister, are the bargain hunters. They are visiting the shopping center to buy bread and snack foods at a deep discount, to buy clothes and furnishings at a deep discount, and they walk into my store wondering what's for sale and why Mexican Train Game costs more than Wal-Mart. They'll actually walk in without looking at anything and ask what's for sale, as opposed to asking about what we have. They have no interest in games, they just want bargains. Any bargain. I'll point them to the bin of unloved colors (discount paint) and Reaper miniatures on-sale, but they just get confused. That's not a game! It's hard not to lose patience with these folks. If there's anything that can burn you out and grind you down about retail it's these people (oh yeah, and the government). I may rail about shrinking margins (Wizards just dropped the Magic discount by 1%) or low pay, but what will likely do me in at the end are the outsiders. 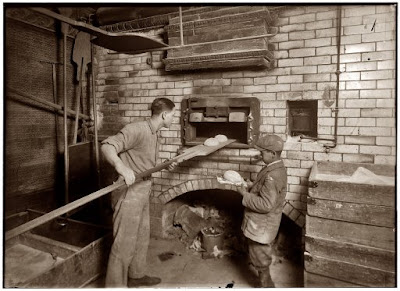