Return of the Mumak (extended edition)

It took the length of the extended edition of Return of the King to get the Mumak built. In fact, the credits are still rolling and will likely follow me into retirement. I wonder if they had someone whose job it was to keep track of everyone? 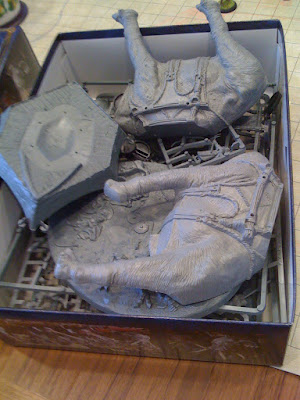 You open the box and think, ha! This is for children! The elephant is a red herring. It's the funky howdah platform system that's tricky. It's a combination of pieces not quite molded properly and of a funky design (or both). For example, there are platform legs that just kind of get glued on somewhere, somehow. That's how I experienced it anyway. 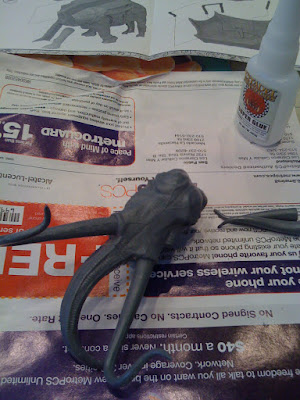 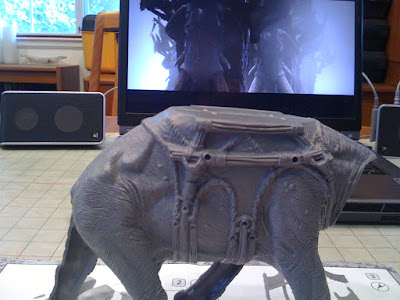 The elephant torso is built before the big battle even starts. I might even finish this thing before the disc change. 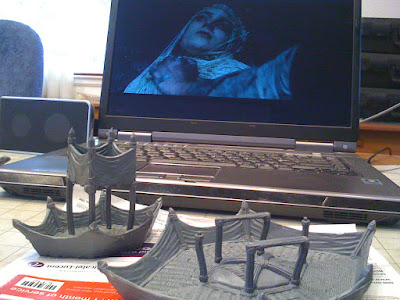 These howdah assemblies got a little tricky. You know, the kind of assembly that requires three hands? But nothing too difficult. Poor Frodo. 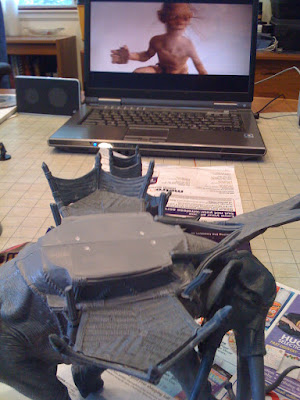 These side platforms (I hate sponsons) were probably the trickiest part of the build. You needed to build the smaller assembly first, then attach it to the side of the mumak, but you couldn't tell if it would fit until you attached it. I broke off the inserts on both sides before I finally got it glued. This was my first time using Zip Kicker (glue accelerator) on a plastic model, but it ended up becoming increasingly handy as the build progressed. 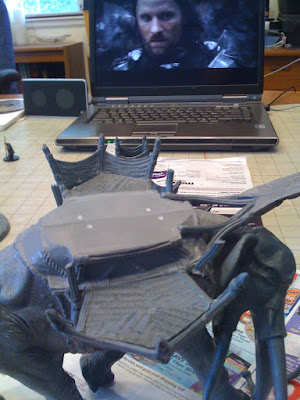 The scene before Aragorn chops the head off The Mouth of Sauron. Sort of like my annoyance when I realized these support pillars just kind of glued in some place in some sort of angle. The front projecting platform similarly was meant to defy gravity and logic. The zip kicker was used liberally on this part of the assembly, and the support pieces were re-installed several times, including trimming columns that were too long. One will need a little putty to reach the platform. 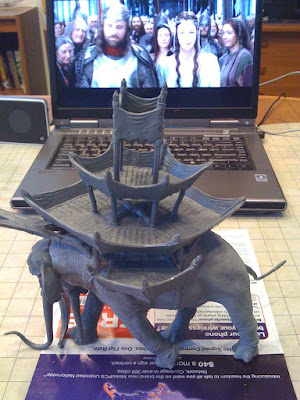 By the time Aragorn was crowned, the model was mostly done. 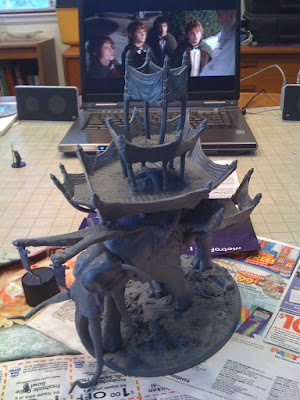 There was much weeping and goodbyes, at least in the movie. I was glad to be finished. The extended version's goodbye scene even allowed me a cup of coffee and some crackers while I waited for the glue to dry. Total run time for this project: 251 minutes. That's before painting, of course. Oh yeah, and don't forget the 13 man crew.