Theft in retail is not just a theoretical concept that happens to other people. In the "outside" world, you can go years or even a lifetime without crime effecting you, if you're lucky. In retail, it's just a matter of time before you'll get ripped off, usually days or hours. Retail "cost of goods" even includes a category for the inevitable crime. That's not to say it's accepted, in fact it's brutally difficult to survive in retail partly because of crime. It's enough to turn a non-violent liberal thinker into a baseball bat wielding store manager who stocks plastic sheeting, just in case.

Shoplifting is a category in itself, and unfortunately, it seems to be perpetrated by all sorts of people. Before I installed security cameras, a security analyst explained it like this: 80% of the population will steal from you, if given an easy opportunity, if the temptation is too great (Islamic law puts partial blame on a careless victim of theft). 10% of people will always attempt to steal, regardless of security measures or opportunity. 10% will never, under any circumstances, steal. The goal of security systems is to discourage all but the most criminal 10%.  Shoplifting is the highest costs related to crime, but what I want to discuss is the professional criminal.

There are people who will visit my store for the sole purpose of perpetrating a crime. We had someone sneak into our office and steal a laptop. We've had people intentionally float bad checks, including counterfeit travelers checks. We have also had shoplifters, either professional or mentally deranged, who steal for the sake of stealing, obviously with no idea of the value of what they're taking. These are not our customers. So what's the commonality amongst these professional thieves?  How do you spot them?

I've had people come in after the fact and suggest they're of a certain race. It's kind of offensive, but they feel backed up by statistics or personal experience. The reality, I've found, is that the demographic of a real thief in my area, not just a shoplifter, has nothing to do with race, or even gender. They were from across the racial spectrum and included an equal number of men and women.

Call it class, or education level, but if you walk into my store and use the word "ain't" in a sentence, alarm bells go off and I'll be paying really close attention to you. This isn't entirely true, as I've got a few customers that fit the profile, but they are rare. Most gamers aren't rich, but they're fairly intelligent and consider themselves well educated. Our games come with instructions. If you're not capable of reading instructions, you are not the caliber of individual that belongs in a hobby store.

Appearance tells a story too. Bad teeth or physique might tell me about drug addiction. Quite a few are a bit "tweaky." If drugs drive people to crime, looking out for signs of people on drugs is a pretty good profiling technique. The eyes give a lot away.

Behavior is the biggest tell. Most ask strange questions or pick up random items that clearly have nothing to do with each other. Fondle a Hot Wheels pack, a 40K box set and a deck of playing cards in a five minute period and I'll be watching closely. This is not a typical "muggle" shopping pattern. I had a couple that came in yesterday that examined and touched such an array of "muggle" only items that I thought I should rename muggles "dust dispersers." Muggles have patterns distinct from thieves.

"That ain't  fair!" you might say. The reality is that store managers need to quickly assess threats, either to property or to staff and customers, like the wild eyes woman who walked into our old store with a can of gasoline. It's simply irresponsible and negligent not to do this. 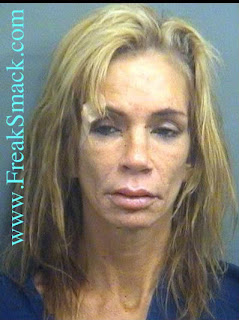