I've got this idea that communities get the game store they deserve.* It's a kind of free market belief that basically says that a local store is based on the needs and support of that community and the ability for a small business person to recognize and tap into that need in the form of their business. That store will take the form of what that community needs (what they buy) and the scale of their support. Multiple stores mean better support. Stores that specialize indicate a broad base with varied interests.

There are caveats, mostly on the supply side. This assumes that small business people who open a game store are rational. It assumes they have a clear view of the risks and rewards and they have suitable capital to actualize a well thought out plan. Ok, stop laughing. Sure, that's pretty rare in the game retail trade, but that's build into the whole "survival of the fittest" free market ideology. Just as people get the store they deserve, heartless free market ideology says that stores that fail, deserved to fail. Ouch, but it's all we've got to go on. It's what small business owners come to grips with in short order.

Figuring out the demand side of this equation is devilishly complex. Besides basics, like population density, it gets into things like demographics. What makes a good gaming community that deserves a good store? It's not exactly clear, but here are some ideas. First, it's not about income as much as education. High income areas, in my opinion, rarely support game stores. Those people are too busy chasing trends or working too hard. That's my suburban Bay Area experience, where our nearby high income areas appear as empty farm land in my customer maps. That said, education has a lot to do with it, as most gamers, although they appear to be less financially mobile, are damn smart. Finally, it's a sub-culture that appeals primarily to Caucasians and Asians. But wait, there's one more factor.

Communities that support game stores need to value small business and what it has to offer. It needs to understand that a unique experience is often better than a bland, franchise experience. It has to be willing to pay a small premium to support local businesses, even though they can buy similar products cheaper online. Communities that support game stores value their small businesses as part of their culture, and tend to be less open to McBusiness (good small businesses likewise tie themselves back into the community). That's why I think the San Francisco Bay Area and similar "bohemian" regions of the country are ideal spots, and why other areas that seem to have all the demographics requirements can't cut it.

So the deepest compliment I can pay to a struggling store owner is that they don't deserve you. Your people don't appreciate what's right in front of them.  There are many stores like that. I want them to do well, but they've chosen a bad location, usually because of the community support issue. Capitalist ideology is cruel in its analysis, but I can't help but wish them luck and that they find a model that their community will support. To survive in retail is to adapt to that community, whether it means charging for use of game space, selling more toys than games, or accepting that customers want a game that you may not even like. That's what a rational business person needs to accept. 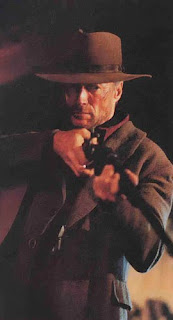 *The rebuttal argument is that "deserve's got nothin' to do with it."