As we concluded our fifth year, I finally hit my long time goal, the metric that I had been pursuing since opening my store: the legendary four turns of inventory. This is retail mumbo jumbo describing the efficiency of inventory. For those who don't know this term, it refers to how many times you sell through, or turn over, your inventory in a year. Four is a really hard number to obtain in the game trade. Our first year we did two turns, and trying my best, meaning strong inventory management, I was able to increase the turn rate about half a turn a year. Four seemed elusive.

Turns are about efficiency, rather than profits, but most stores that don't manage their inventory properly are rarely profitable. Check on this link for basic turn rate concepts, but needless to say, it starts with a purchasing budget, called an "open-to-buy." Most stores don't use one, their budget being what's left over after paying the bills, but I highly recommend a basic spreadsheet for keeping inventory in check. I have to credit a seminar given by Jim Crocker at the Gama Trade Show for teaching me about this. I've never heard it mentioned in the game trade since. While I'm giving credit, the concept of "firing your inventory" for not performing came out of GTS from another industry veteran, Dave Wallace. Have I mentioned how the Gama Trade Show helped my business survive? Every store owner should go at least once (it's this March).

As soon as I realized we hit four turns, my first feeling was of dread. Now what? Would I need more investment to increase sales? Would I go for a higher turn rate, resulting in inventory shortages and unhappy customers? After delving into the numbers, I realized that the turn rate was only one metric. To obtain that rate, I had a lot of clearance items on constant rotation. My numbers were real, but the there was room for improvement.

My analysis was my turns were good, but immature. There was still plenty of room for growth. On top of that, sales included a bunch of clearance items purchased from manufacturers and distributors, along with customer auction items. This bumped sales without requiring long-term inventory, a fantastic plan if you can enact it, but it skews numbers on the sales side. So the goal for 2010 is now 4.5 turns, a number unique to my situation. What's your magic number?

Check out my ACD Games Day notes for more on turn rate analysis. 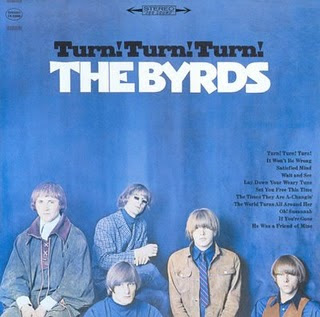