The children
Is anyone else deeply disturbed by the state of Texas taking over 400 children from their parents, solely because of their religious beliefs? Abused kids is one thing, but this has been described as parental rights termination in a class action fashion. In other words, we know there's some abuse, but we'll just take away all the children from their parents until we can confirm if there's any more, including nursing infants and toddlers. Guilty until proven innocent. I've found conservative courts are especially likely to terminate parental rights based on their philosophical position. It's the conservative side of activist judges.

BMW
I drive a Mazda 6 sport wagon now, but I used to be a big BMW fan when I had disposable income. My favorite and most unreliable car ever was a 540i. It was a fantastic car that practically bankrupted me in repair bills, but you could queue up the James Bond theme whenever you drove it. It's the only car I've had recurring dreams about; a literal dream car. My next car, a 330i, was precisely what I wanted at the time, including custom bits I bought in Germany when I picked it up. My honeymoon soured after I got tired of the whiplash shifting and race car suspension. I was getting too old, perhaps. I've been to Munich twice for Euro delivery and took the factory tour, as well as a run through the BMW museum. I wrote articles on how to save money on Euro delivery and participated heavily in the forums. So when BMW goes off the deep end stylistically, it's like a friend who joins a new religion and starts acting peculiar (or maybe that was me with my BMW obsession).

It started with the "Bangle Butt" of the 7-series and ended up running through the entire line. The cars are now busy, with lots of extraneous lines and curves and big booties. They all look like cartoon cars, as if they've traded in a classic tuxedo for a striped track suit. It's sad really. What can you say when your friend goes off the deep end? The latest car was unveiled recently in Abu Dhabi, the X6. It's a hot rod SUV crossover that begs the question, who are they designing these things for? The blog post I quote below concedes that the auto business is now a fashion business. 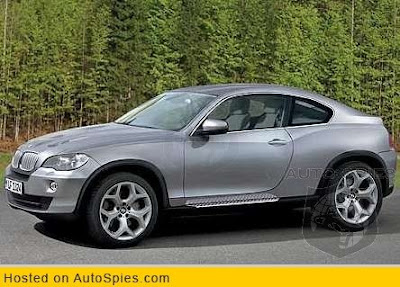 From a MotorTrend blog:

But driving the BMW X6 hard is a bit like watching an elephant tap dance -- you're left faintly bemused by the whole act, but not entirely sure it belongs anywhere outside a circus. I couldn't help wonder how much time and effort it took the BMW engineers to make this 4894-pound truck perform like, well, a BMW. More to the point, I wondered whether deep down the BMW engineers, car guys all, thought the X6 a waste of their talent. You see, good as it is, the X6 is still a truck. A perfectly pointless truck.

BitTorrent. Another big surprise for me this week was the discovery of BitTorrent. Yes, I know, it's hardly cutting edge. I've messed around with peer-to-peer download tools before, but I hadn't tried this. I'm a believer in intellectual property rights, but I also don't have a problem downloading an electronic copy of something I already own in physical form.

That usually means D&D books. I tried buying PDF's of my print products for a while, but it got ridiculous. I would buy a D&D 3.0 book, then the PDF of that book, then the 3.5 revision of that book, and the 3.5 PDF upgrade of that book and it went round and round until I spent $75 to get a books worth of information for my game. I think pirated gaming books online is a serious problem that has extremely negative effects on the small game industry, but I don't think it's wrong to reach in and grab that electronic copy of a book on my shelf, especially when the company isn't offering an electronic version.

BitTorrent amazed me in its ruthless efficiency of sucking down massive quantities of information, utilizing every bit of bandwidth. It's far more efficient than previous tools and it finally occurred to me why Comcast tried to throttle it, and why as a Comcast subscriber you would probably thank them for it. I was using UTorrent, which allowed me to set a schedule of precisely how much bandwidth to use at different times of the day. Give it free reign and your broadband connection will feel like a 1200 baud modem (that's really slow for you young'ins out there).

To be fully honest, I was spending most of my time downloading episodes of Battlestar Gallactica. I've been getting them via Net Flix, but I wasn't sure where I was in my viewing of the series before I canceled my satellite service early last year. I was getting frustrated when I received disks with episodes I had already seen, so this was a way to get me back up to speed. I know I'm late to the party, but this is totally the future of TV. Make it legal, easy and make me a set top box (there's one in the works), and I'll gladly pay a subscription fee, ditching my Net Flix account.
Posted by Gary Ray at Sunday, April 27, 2008