The marketing department at Wizards of the Coast needs to be beaten with a stick. Why do we have to learn about new role-playing releases from Amazon? Doesn't Wizards of the Coast have a group of people whose job it is to promote their products? Ummm, marketing? Do they not have a website and a goofy new web forum? I understand that Amazon adds every new ISBN number of every book ever to be issued said number, but for the love of god, Amazon has the artwork. Where do you think they got that before the rest of the world? Does Wizards of the Coast ever announce anything on their own? 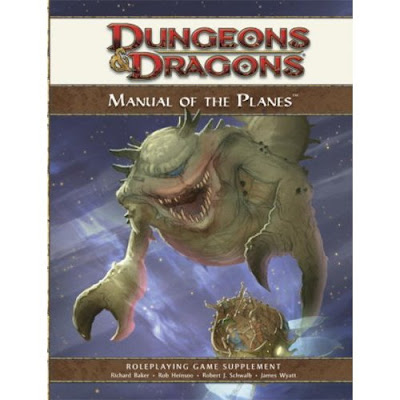 Pet peeve number two is their new 4th edition focus on making too many game master books available to players. Magic items are now in the Player's Handbook, rather than the Dungeon Master's Guide, a problem in my mind. Players are also encouraged to buy adventures and the new magic item books are being marketed to players as well. Enworld reports:

The identity-confused Magic Compendium I first changed its name to Tome of Treasures. Now, according to Amazon, is now called Adventurer's Vault: A Guide to Weapons, Equipment, and Treasure for Your Character.

The best selling books are "core" books; you need them to play. Second best are "accessory" books, because they can be used by DM and player alike. "Supplement" books sell the worst, because they're DM specific. Wizards is clearly trying to turn their supplements into accessories to increase sales, regardless of their appropriateness. This is just wrong. Part of the excitement of this game is the mystery. Encouraging players to ruin the secrets might sell more books, but in the long run it will take away the fun from the game and sales will suffer.
Posted by Gary Ray at Saturday, April 05, 2008