This is my second of three basilisks, four if you count the Armageddon class experimental basilisk I have someone else working on. That one has an enclosed crew compartment.

I haven't varnished this one yet, so you can see some shiny spots, like around the transfers. Gloss varnish solves the silvering effect. You can see my first Tallarn here, the tank commander. This is the gunner from a heavy gun blister, the idea coming from a White Dwarf issue. This guy took a lot of work. As my first human model, I was trying to get the look right. I was going by a guide online, but I changed the recipe by using the new Citadel washes.

I started with Ogryn Flesh wash, which was too light and moved to Devlan Mud, a kind of dark brown. What I liked about the washes was that I could experiment out of the bottle. There were several looks that I liked and they were effortless to obtain. Eventually I went with a kind of intermediate filth look. Things like his shoulder pads took about four different colors before I settled on black. I think I'm going to go with a dark gray on future models.

The black wash has become my all purpose weathering wash. It's great for things that look too clean, muting colors, or making things look intentionally worn or dirty. It did a great job on the floor behind the big gun, which is now more black than gray, which bugged me about the first basilisk.

I knocked over the entire bottle of black wash, which had me questioning the bottle design. I don't like how the cap connects to the bottle; it's too fiddly. A minute later, I squirted out a Vallejo color and found that the tip had come off when I opened the bottle. Same effect, with paint all over my work space. 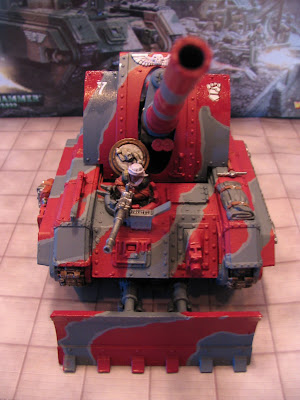 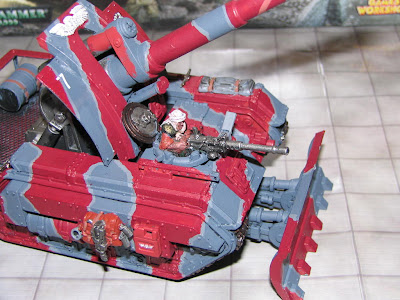 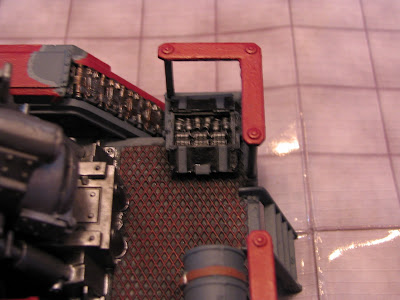 So far my only Forge World component is the box of grenades you see here. Kinda cool, although I don't use grenades with this army. 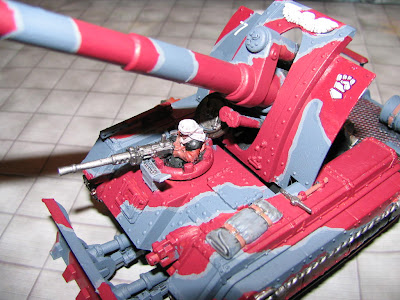 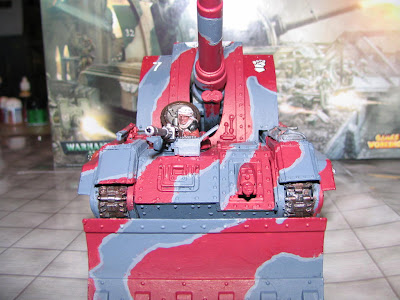