I took a break from army painting the last two nights and focused on single figures. My army commander and infantry platoon officer are shown here.

The army commander is the model of Captain Al'Rahem, who I refer to as Captain Drybrush because of all the ornate detail on the model. The second officer looks pretty good when the camera angle doesn't make his sunglasses look like a blindfold.

Movies I've been watching while painting:
Life on Mars (BBC Series). Interesting and well written, but running out of steam after half a dozen episodes. UK detective gets hit by car and is transported to 1973, while his body lies in a coma. His actions in 1973 seem to effect his comatose body back in reality. Or is he insane?
Doctor Who (current BBC season). Uneven, but always a fun ride. They finally have a respectable special effects budget, but could hire some better writers.
Romance & Cigarettes. Bizarre musical about infidelity by the Cohen brothers. Worth renting.
Monster. Perhaps the worst movie ever. Blair Witch almost meets Godzilla. One reviewer wrote: If 2 girls running and crying through the streets of Tokyo is something that appeals to you, you will enjoy this movie immensely.
The Wire: Season Five. Are we done yet? It's still enjoyable, but not as good as the first couple of seasons. 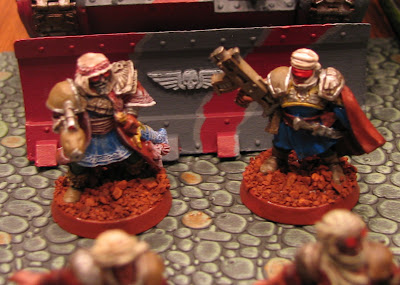 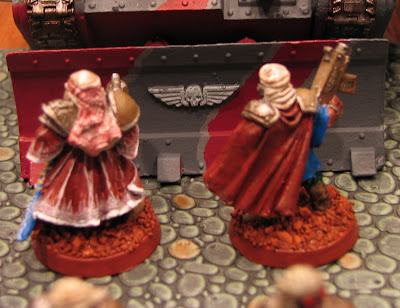 What About the Store?
Summer sales finally ramped up last week, with nothing in particular being a best seller. D&D 4 Player's Handbooks are a steady seller, but the DMG and Monster Manual are very slow to catch on. We're in this unusual situation where about half our sales for D&D 4 were booked in May from various pre-orders, and the other half is in June. May may actually turn out to be a better month than June, ironically.

Warhammer 40K 5th Edition continues to get good feedback. Unlike D&D with it's huge commitment of future books, buying a single book is no big deal for most 40K players. There's very little resistance, and thankfully, lots of positive feedback. We've got at least one group playing 5th edition in the game center, running back and forth to the counter to check up on rules in our preview book.

Believe it or not, a lot of my thoughts are about the Fall. All of our advertising contracts are up for renewal in October, so that's been on my mind. There will be big changes there. The seminar in Madison is in September, and my blog posts are rough notes that need to be condensed into something that can be presented. The online store project is scheduled for the Fall, but I won't know if we can afford it until the end of Summer - I'm thinking no. Then there are plans for the holidays. Yes, I do think about stocking plans for December in June. It's how my twisted brain works. I'm mostly trying to make sure that I don't stock too deep for the Summer, since the short mid-year buying season will leave me with inventory until December.
Posted by Gary Ray at Wednesday, June 25, 2008