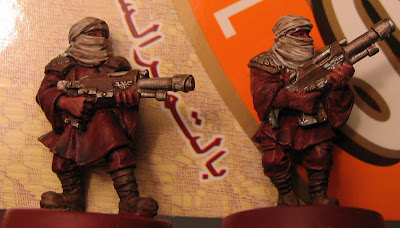 Saying you "only have men to paint" with an Imperial Guard army is kind of like being the first Emperor of China saying "now I only have to build the wall."

The first model took two and a half hours with the second taking an hour and a half. If I can get it down to an hour a model, I think I'll be happy, that's only 60 hours or so.

THE METHOD: Primed white, which I now think was a mistake. It was either try to paint white onto black, or try to paint terracotta onto white. Both are difficult with standard Citadel paints. The uniforms are terracotta. The browns of the rifle, boots and pouches are graveyard earth. Tanned flesh was used for skin. Chainmail was used for anything metal, with a contrasting color of codex grey. The final wash is devlan mud from the new wash set. A last step which I probably won't do, is to go back and highlight the various colors.

This weekend I'm painting from a fancy hotel in Monterey, using some of my moon-shot worth of frequent flyer miles. It's The International Clement. The last trip was never billed, so I'm ahead of the game. I could tell you stories about this hotel, but let's just say that they've been open one month and they've got some bugs to work out. 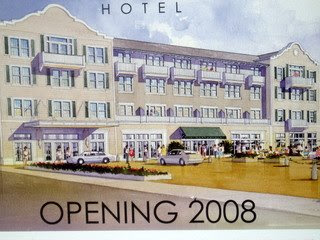