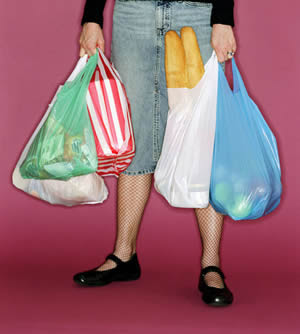 I find it interesting the difference between role-players and miniature gamers. It's especially pronounced when a new version of a game is announced. For example, the new Warhammer 40K 5th edition is due out July 12th. It's accepted as a done deal by 40K gamers. There doesn't seem to be a lot of yelling and gnashing of teeth or claims that groups of 40K players will never make the switch. It's happening; adjust your army list and move on.

Meanwhile, D&D players lament or celebrate the change to 4th edition on June 6th. "Hardcore" gamers seem obligated to pick a side. Some say they will never switch to the new edition, while others see the need to evangelize 4th edition. This happens every edition, and some are left by the wayside with their "legacy" materials. Customers still come in looking for 2nd edition splat books and I try not to look at them like they're out of their friggin' mind. Other gamers will happily move forward, onward to something new. The problem is that the demographic of these players continues to age, and it's not attracting kids like it once did. It's a kind of doomed model, in desperate need of refreshing, before it joins the ancient historical gamers who troll game conventions for Napoleonics in their twilight retirement years.

Is it all about money? The problem with Dungeons & Dragons is it's based on books, information specific to each edition of a game. Miniature games, exemplified by Games Workshop, are different. They constantly produce books, but their core business is models. 40K 5th edition obsoletes one book, and potentially nerfs a handful of models. They regularly release new codices for each army that obsoletes previous editions, but it happens so slowly, on an individual basis, that there's not a lot of concern. When it does happen, the obsoleted codex is replaced by one that's often better than anything else in the game, a reward for loyalty I suppose. Players online call it the FOTM; Flavor of the Month. D&D 4th edition, however, will obsolete hundreds of dollars in books, an entire collection for many people. It was this way for each previous edition, so a long term D&D player has a large library of game books, from various editions, that they'll never use again, whether they admit it or not.

The RPG edition treadmill is a palpable loss of hobby product for players, while at least in 40K you've got those pretty models on the shelf. In the end, most D&D players will move to 4th edition for the same reason that 40K players move to 5th: they'll have trouble finding someone to play with the old rules. Tournaments are more important to miniature gamers, but thousands of local RPG fans still attend local gaming conventions to play D&D. However, D&D players mostly play with their friends, and friends can agree to do what they want, at least while the group is coherent, which is another big problem with role-playing gamers; disintegrating gaming groups due to the play time involved. You can bang out a 40K game in an hour, with large gaps between games if you like, but an RPG session minimum is around 4 hours per week, and it needs to be consistent to maintain a story line. The stress of an RPG game schedule is difficult for aging adults, so that social compact regarding editions is only valid as long as that specific group continues to exist, which usually lasts no more than a year.

Are role-playing gamers inherently cheap? Are miniature gamers more open to opening their wallet? Probably some of both. In each role-paying group there's a dungeon master who has taken on the responsibility of creating exciting games. He becomes the money guy, as he's constantly looking for things to impress the group, usually from expensive, published source material. On rare occasions, a group of players will chip in for this expense, but it's very unusual. The players aren't necessarily cheap, but they may be. If a gamer comes into the store and accurately assesses the money for fun ratio, they'll see that being a player in Dungeons & Dragons is really very inexpensive. They may only buy one book, possibly two or three to beef up their character. That's about $100. If they were cheap already, this is certainly their game. If they have a metric buttload of free time, like students, the unemployed or the disabled, wow! The only better value is a computer game, like World of Warcraft, although it lacks the social element key to gaming (but removes the scheduling element). In contrast, a 40K player will need to spend at least $200 to get an army together. Games Workshop assumes that a first year player will spend $600; and $300 in each subsequent year until they get the bug for their second army.

And finally, there's the perspective of the store. I love D&D, it's true, but role-playing is a weak department. As mentioned, one of the five guys who plays this game, who is not getting any younger, buys the majority of product. The product, if made of paper, is available online for free if you're a pirate, or at 40% off if you shop at Amazon.com, where they make their money on product placement and marketing, not selling paper books. If it's made of plastic, it's sold near cost by Internet discounters. We haven't sold a case of D&D minis for a long time, we used to, but we make a killing on singles, where we open cases and sell individual figures. Why? Because all of the case customers buy online now and come in to buy singles to fill in their collection. So D&D is a commodity hobby, just big enough to have respectable customer "spill over" into the store. It's a crummy department to support, and we don't add a lot of value as a store.

Warhammer 40K is a hobby, based primarily on touchy-feely models that need things like glue and paint and things that you're likely to forget if you're buying online. Yes, you can barter, trade or buy online, but the distribution of the game is tightly controlled and it's hard not to at least get started by buying cool boxes of plastic sprues and tin. You also need a place to play, and while role-players and their friends have kitchen tables, miniature gamers need ever changing opponents to keep things interesting. They need a hobby center where people meet to do these things. As you can imagine, it's a much better fit for a store than the RPG model.
Posted by Gary Ray at Sunday, May 11, 2008