It's About the Diesels (cars)

My car guy consciousness has been gradually shifting away from performance, which is not only very expensive, but recognized as socially irresponsible. In my city of Richmond, the second hand cars driven by the poor tend to be nice, gas guzzling hand-me-downs from the more well to do. Anyone with a guzzler is either lamenting about gas or lamenting about the fact they can't find buyers for their cars at even a fraction of their worth.

Many of my friends have upgraded to hybrids, the winner being the Toyota Camry hybrid. Some adopted the Prius early on, but realized it was a very expensive economy car with finicky electronics. They moved on to something else as soon as they could. What I'm waiting for are the diesels.

Clean diesel technology has been around in Europe for years now, and will finally make their way to California this fall. The great thing about diesel cars is that you can still have a nice performance or luxury car, but with tremendously good gas mileage. A recent road test in Europe put a diesel 5-series BMW against a Prius on a road test and the BMW got 1 MPG better than the Prius. The diesels still pollute, especially particulate matter, but they're a big step up from gas engines and they already exist in the rest of the world.

On vacation a few years ago, I rented a Alpha Romeo 156. It was a 5-series like Italian car that handled like a dream, had style to die for, and got about 40mpg with a 1.9 liter diesel engine. 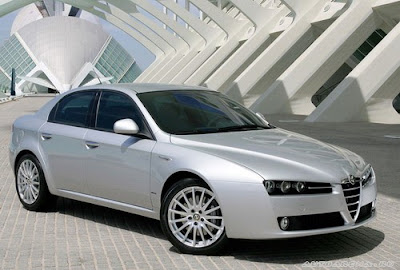 Alpha Romeo claims they'll return to the US sometime in the next few years, and I don't mind fantasizing at all about these cars. Reliability is supposedly improved too, as they've brought in German management to take up build quality. Their electronics are as badly put together as Mongoose role playing books. Although I was driving a 156, the car that I ogled in Italy was it's little brother, the 147: 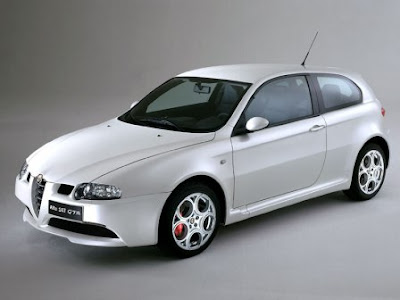 If you don't want to play Russian roulette with your car picks, you could always get more tried and true vehicles. The car I lusted after for quite some time was a previous generation BMW 530D. This was a three-liter diesel engine that outperformed most 6-cylinder gas engines, yet got 35 miles per gallon. These are likely the kind of vehicles that will become commonplace in California in the next few years. You won't notice them, except for the combinations of letters and numbers on their back ends. They do produce a tad more smoke out the tail pipe, regardless of what people tell you, but they're not like the oil burners of the past. 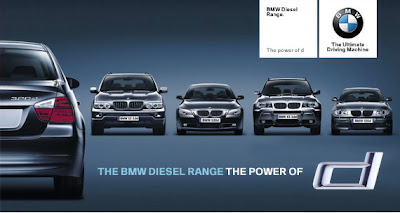 My father had an olds cutlass diesel in the 80's. We called it the "gutless," because of it's pathetic power. However, once you got that sucker on the freeway, it would fly, albeit with a cloud of black smoke trailing behind. The gutless engine pretty much self-destructed shortly after warranty, which didn't exactly inspire confidence in American diesel technology. That was the last time my parents bought an American car and diesels in California have been restricted to trucks since then.
Posted by Gary Ray at Sunday, May 18, 2008