The Return of D&D

Yes, 3.5 D&D is still around, but sales this year have been dramatically off with D&D 4 around the corner. D&D is role-playing games, if you happen to own a store, with about 60-70% of sales being D&D or D&D related accessories, including things like dice, which also ebb and flow with RPG sales. This week we arrive at that corner we've been waiting for. Not only do we have Keep on the Shadowfell released this week, a very good D&D 4 adventure with enough rules to not need the core books due out in 3 weeks, but I've had my first solicitation for third party products.

I suppose these aren't truly 4E third party products. The GSL license debate has dragged on for so long that we're probably 6 months away from GSL third party releases. I don't know if WOTC planned it that way, but what appears to be big conspiracies are often just incompetence with an unintented twist. Goodman Games is releasing "system neutral" source materials with 4E code words like "points of light," which happens to be the name of a new release for August:

GMG4380 Points of Light (System Neutral Gazeteer) $10.99 Aug 2008
This SYSTEMS-NEUTRAL mini-gazetteer describes four lands suitable for insertion into any role playing game. These isolated bastions of civilization can be used as home bases for an ongoing campaign, or places visited by heroes over the course of a game. The Wildland is set shortly after the fall of a large empire where civilization is on the brink. The Southland is on the frontier of a large kingdom. The Borderland is the frontier between two empires, and the Swamps of Acheron is a tumultuous realm in need of heroes.

Role-playing games takes up a quarter of our store and it's been in a kind of holding pattern for quite some time. Yes, there are great new releases on the shelf now: Pathfinder adventures continue to sell well to D&D 3.5 players, Traveler has picked up, Dark Heresy is supposed to be re-released when the oracles throw the bones in the right combination at Fantasy Flight Games, and even White Wolf, returning from the land of the undead, has been having good success with Exalted (they're now a top 10 company for us, if you're a list maker like me). With the exception of Dark Heresy, all the hot releases combined wouldn't sell as many copies as a new D&D release about how your bard could inspire the party with good cooking. Last time I checked, however, the Dark Heresy core rulebook was our best selling item of the year, and it was only out for five weeks. Time will tell if the 40K RPG, botched horribly in its release, will make a comeback.

Role-playing is cyclical in many ways, but as a store owner I can't help looking at that quarter of my store, with shelves bare in some places due to sheer lack of new material, and wonder if there was an easy way to expand the blockbuster miniature game section into its real estate. There's a concept of sales per square foot, and role playing games has been a near charity case for a while. It deserves about half the space it currently takes up. The toy section also gets that squinted glance, as if I'm wondering how Flames of War would look next to Thomas the Tank Engine. No, best to be patient. While RPGs are cyclical, the toys are slowly beginning to grow. Sales per square foot of that quarter of the store would have me condensing it into two shelving units. Patience grasshopper.

We have kind of a toy dilemma. We do seem to be selling them at a better pace, but there is a subtle shift occurring. Things that do well, like puzzles (yes puzzles), crafts, novelty items like slingshots that shoot nuns (no kidding) and Schleich stuff are being concentrated, while we're trying hard to divest ourselves of the stuff that doesn't really fit the store. It's a painful strategy, but we're claiming it as the toy department of our game store, rather than the mini toy store that some people would like it to be. Toy customers are coming in and trying to push us into directions and product lines that we really don't want. Unfortunately, this means some of our emerging toy customer base may be disappointed, but I think our game customers will find it more appealing in the long run. It came down to a realization: Our toy store kind of sucks, but parts of it comprise a pretty good toy section of a game store, if that makes any sense. 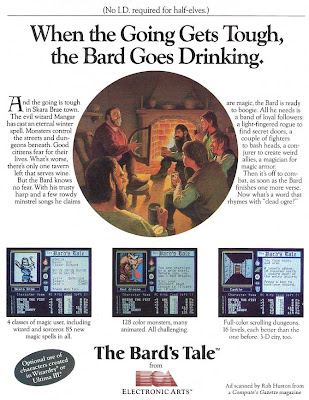