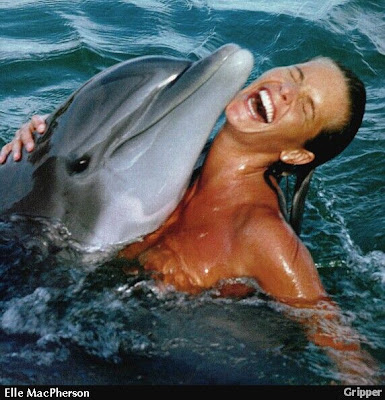 I thought it was interesting to see both of their responses to an ICV2 interview about Internet discounting.

WhizKids is fighting for it's life and they're about as pro-active as it gets, despite being down to something like 8 employees in some cubicles at the back of Topps. Wizards, despite it's huge power in the industry, backing by Hasbro and sophisticated tracking of every box of Magic (distributors who couldn't support their technology were cut off), does little.

For those unfamiliar with the big issue, we've got many Internet retailers, including those who own brick N Mortar stores, selling or "flipping" cases or boxes of product for a few dollars over cost, just to make some money on the volume. For example, a box of Magic boosters retails for $144, has a cost of $72, and is sold online for around $80.

It works like this: Game stores promotes the game through events and tournaments that bring in new players and support existing ones. The Internet retailers sell at a very deep discount and remove the profit for selling Magic for brick & mortar stores. The brick & mortar stores now have no incentive to promote the game because it's no longer profitable. New players aren't introduced to the game through game stores and existing players have no venue to play. Both groups stop playing and move on to something else. Only when sales dip for the "flipped" products do manufacturers care, since they get their $72 either way. I think the depth of caring about this issue is directly proportional to how badly sales dip.

WhizKids (Joe Hauck, EVP Sales)
If you could reduce the discounted sales of your products on the Internet, would you do so?
At WizKids we already have. We have not contracted any distributor to have the rights to sell to the Internet-only channel of distribution. Due to the recent change in our core hobby distribution model we have a tremendous increase in visibility and as a result the largest Internet-only retail game site is currently not advertising Marvel HeroClix: Avengers boosters or DC HeroClix Legion of SuperHeroes Starter sets for sale. These were the first major HeroClix products to be distributed solely through Diamond and Alliance. A complete reduction of sales to an outlet qualifies as a reduction of discounted sales on the Internet.

Wizards of the Coast (Loren Greenwood, President of Wizards)
If you could reduce the discounted sales of your products on the Internet, would you do so?
Our products are very high involvement and require a depth of support that typically is best served by the brick-and-mortar stores, specifically the hobby channel. Given this requirement, the services and support that come from the stores is essential to keep our business healthy.

You can click on the links to both interviews to get a better sense of where they stand, but I think this sums it up.

Another issue discussed on the GIN right now is that of Magic pre-release tournaments and the Premier Tournament Organizer (PTO) program. A select store in each market, about 5% of stores who run release events, is allowed to run tournaments before product is on the market. They also get the best prize support for the event. These events generate massive interest in the game and make that store metric buttloads of money, unfortunately at the expense of every other store as they suck all the Magic dollars out of their markets. This happens before the set is even released! I did a little math and 50% of my Magic sales occur in the first month. The other 50% is sold over the lifetime of that set, usually a couple years. Any delay or early advantage is a big hit in sales.

What brought up this old issue again? Game stores like us who participated in Magic Game Day for the 10th Edition had packed houses and made huge amounts of money! Why? No PTO release events. We moved shelving around to accommodate 16 players and still turned at least half a dozen away (the new store should have Magic seating for 48). We saw customers we had never seen before. We sold Magic at full price. It was awe inspiring and must have been what it was like back in the day. Now that we've had a taste, we would rather not go back to the old system that rewards the PTO 5%. Here's a good editorial on this.
Posted by Gary Ray at Thursday, August 23, 2007