We're in an alternate version of the Middle-East on a planet called Tash. The main homeland is a kind of ancient Lebanon. Various peoples live in harmony. The Tashtak are essentially Arabs; educated, wealthy, and powerful due to a dragon bloodline. The elves are the original ancient race that lives in their homeland next door. Their a bit haughty, but mostly because they've seen everything and the other races are uppity newcomers. The other races were created by the gods, but the elves were just always there. The halflings are nomadic tradesmen and craftsmen whose populations tend to grow at very high rates (they're like rabbits in many ways), resulting in inner conflict. The dwarves are another created race and play the usual underground craftsmen role. They generally dislike all the groups.

Conflict is inevitable. The elves got a bit too powerful thousands of years ago and rose up against the dragon kingdoms. The dragons banished them from the continent, throwing the elves from their homeland. The elves vowed to return. Meanwhile, over the many centuries, the expanding halflings moved into the old elven kingdom. The dragon kingdoms eventually fall and the dragons retreat to another continent. The Tashtak, the dragon's descendant's, are the natural inheritors of dragon power, as they're blooded and more powerful than the average human. They are the default rulers of the realms.

The elves return! The halflings are kicked out of their homes, previously the homes of elves and have a difficult time finding a place in the world. They're like gypsies. The Tashtak are threatened by the elves return and work the middle-kingdom politically at first, but eventually exercise their will through force. The people of this middle-kingdom are literally caught in the middle. And of course, in typical fantasy fashion, an outside force threatens everyones destruction.

That outside force is TBD, but I know they have lots of ogres....

The world will be unknown by the group, for the most part. We'll use Mighty Empires tiles to represent the map, giving out new tiles as the world is explored.

My primary objective is to play a conventional fantasy campaign. I've been doing a planar campaign for years now and I long for the hills and meadows and mundane monsters. 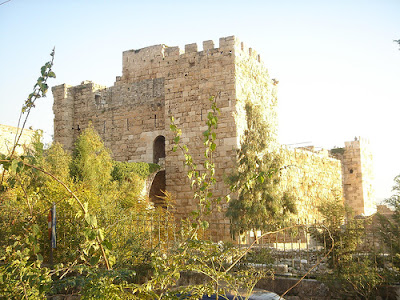