I bought the XM Satellite receiver today. It was an Audiovox XMCK-10A. I'm meeting with my electrical contractor tomorrow and I wanted a clearer understanding of what he had to do with this thing to get it working. Apparently not much.


I decided not to get a car kit, realizing that I would never be able to actually take the receiver home because of the new store hours. However, I discovered that they now sell all receivers as car kits. It's the home kit that's the option. So now I've got a car kit I'll probably never use.


Installation was very easy and straightforward. I was pleasantly surprised that I didn't have to be too exact in antenna placement. With satellite TV, even an inch or two can make a big difference with dish placement. With the radio antenna, you could be five feet away from a window with the receiver behind a piece of furniture and it works fine. That should make store installation easy. 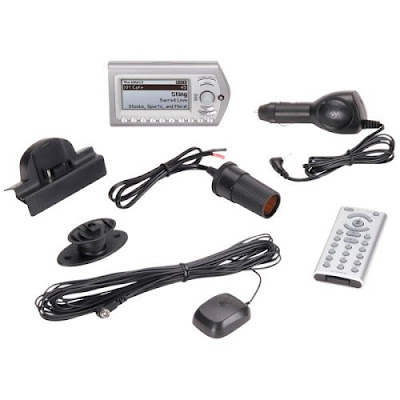 I also bought my wife a portable DVD player. She'll be spending a lot of time in the hospital over the next couple of months and this should help pass the time. I got a Toshiba SD-P1900SN. It's pretty impressive. The nine inch screen is clear without any jitter like I expect from running DVD's on my laptop. It's got adequate sound, although I bought her some noise cancelling head phones as well. This particular model has two headphone jacks, so we can watch and listen to movies together on trips. At 4-5 hours, the battery life is also impressive. 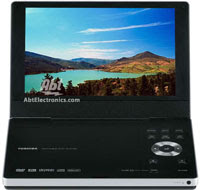 So how were the electronics stores? If I wasn't concerned about the project timeline, I would have ordered online in disgust. The sales people were MIA at Circuit City and it took two visits to finally figure out what I needed (three if you count the failed attempt at Best Buy). This is the kind of store where there are two guys who know what they're doing and a bunch of young kids running around in confusion, hoping to find those two guys when a customer has a question.

Best Buy had helpful sales people, but a messed up sales floor. They had one of those portable staircases parked in front of the DVD players. I had to climb inside the metal frame of this thing to get to the DVD players. I ended up buying one there anyway, again because I had a deadline of sorts. Another disincentive to buy brick-and-mortar was a $6 California recycling fee because of the flat panel display on the DVD player. That and sales tax and it's hard to justify not buying online. If I believed that $6 was going to recycling efforts, I wouldn't mind.

I could have a whole post about game store owners who lament that their customers buy games online while being the first one to post an Internet link for cheaper sources. I think there's some responsibility for local stores to shop locally. I try to give my store related business to customers if I can. My insurance agent, real-estate broker, bathroom supply guy and electrical contractor are regular customers. I also do a lot of business using referrals from my business partner or other helpful folks. My bank manager turned me on to my payroll people (my business partner turned me on to the bank). I think it's so cool that I know my bank manager. It feels respectable.
Posted by Gary Ray at Sunday, August 12, 2007