I'm just about able to put my head around everything that needs doing. I used to be a compulsive list maker, all through college and grad school. I used every generation of the PalmPilot, starting in the beginning when it was actually called a PalmPilot. Batman had a crappy utility belt compared to my IT gear back in the day. I had the PalmPilot in a leather case, a cordless phone (only really important people had cell phones them in 1997), a Leatherman in a case, and my bulky pager. What a dork.

Anyway, nowadays I don't have an organizer. I did when I first opened the store. It was a wireless HP IPAQ that would let me check my mail and surf the Internet. Somehow I was unaware that my life for the next three years would consist of a 1,000 square foot storefront. Do I really need to check my email wirelessly when the point-of-sale computer is never more than 30 feet away?

So without an organizer, I use my brain to keep track of things. Somewhere in the move, the brain stopped taking additional input. Now that the buffer isn't overflowing, I can once again cogitate. It must have happened today when something fell off my list of things to do, somewhere between bigger garbage cans and latex interior primer. In other words, I don't feel overwhelmed any longer. Just whelmed.

Today we got in our Games Workshop paint rack. Racks are the bane of existence for companies. I'm a sucker for a good rack (no, seriously). I'll find myself wanting to buy product that I don't even need if it comes with a free rack display that looks good. Unfortunately, those racks are rarely as nice as they look in the picture. Ask any of the various volunteers who attempted to work with the Melissa & Doug Puzzle (or Puppet) rack. It's not fun. They're made as cheaply as possible, often with missing parts or no instructions and they're rarely packaged properly to avoid damage or loss. The GW rack was no exception.

When I came in this afternoon, the top half was in the back of the game center. That's the I don't want to deal with this crap right now area of the store. Apparently the top of the rack was so badly bent in transit that it wouldn't fit or just looked too grotesque when assembled. I'll have to figure out which. Each row of the rack has a place to insert a strip to show the colors and codes for the paint. This rack's strips were too tall to fit into the rack. Mike's girlfriend meticulously cut each individual paint label, trimmed it to size and placed it in the rack. It was an awe inspiring act of obsessive behavior that took the breath away. It almost brought a tear to my eye. But it shouldn't have been necessary.

Besides the rack, I picked up a car full of gamer snacks. These range from the incredibly salty to the incredibly sweet. In between are token healthy foods that I guarantee nobody will buy, like trail mix. Ethics dictates that I give it a shot before they become a part of my lunch, like the Barillito Tamarind sodas. Hey, they're good! Try one!

Speaking of sodas, I forgot to buy a bottle opener again. Mike figured out how to open bottles with a slatwall hanger. But that's why I hired him. Anyway, the slatwall hanger trick only worked for me half the time (I only made it to Tenderfoot). The Mexican cokes, our best selling drink, require a bottle opener. They have real cane sugar rather than rancid corn syrup. Blech.

My TV commercial script was emailed to me today. It, uh, needs a lot of work, so I'm hoping to get them to reference our excellent existing commercial, possibly updating it or making some sort of sequel. Whoever wrote it had no clue what we do or what we have. Sad really, because promoting a game store has to be a lot more fun than yet another used car dealer. Then again, I would love to do a parody of the old Cal Worthington commercials. 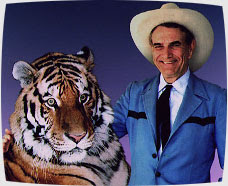